A motion calling for the removal of Judge Brian Curtin has been moved in both Houses of the Oireachtas.

It was adjourned pending the gathering of evidence about the case by a special committee drawn from both the Dáil and the Seanad.

The motion says Judge Curtin is unsuitable to hold office because he subscribed to, accessed and used websites containing child pornographic images.

The Minister of Justice, Michael McDowell, told the Dáil every member of the judiciary had a duty not to bring the institution into disrepute.

The Dáil also voted to change its Standing Orders to allow for hearings into the possible removal of a judge.

In the upper house, the leader of the Seanad, Mary O'Rourke, said they could be confident they had adopted a set of procedures which would protect the constitutional rights of Judge Curtin.

Correspondence between the Government and the judge, lodged in the Oireachtas Library this evening, shows that the judge denies involvement in impropriety of the type alleged against him.

A letter from his solicitor also states that the judge is in a mental hospital undergoing intensive therapy and is suffering serious illness, making it difficult to take instructions from him.

Last night, the Government insisted that a decision by Judge Curtin to mount a legal challenge to his removal would not alter its plans to begin the process of removing him from office.

A plenary summons on behalf of Judge Curtin was lodged in the High Court by his lawyers last night.

This suggests he will be seeking an injunction preventing the Government from going ahead with removal proceedings against him.

The judge was acquitted in April of possessing child pornography when it was found that a warrant used to search his house was out of date. 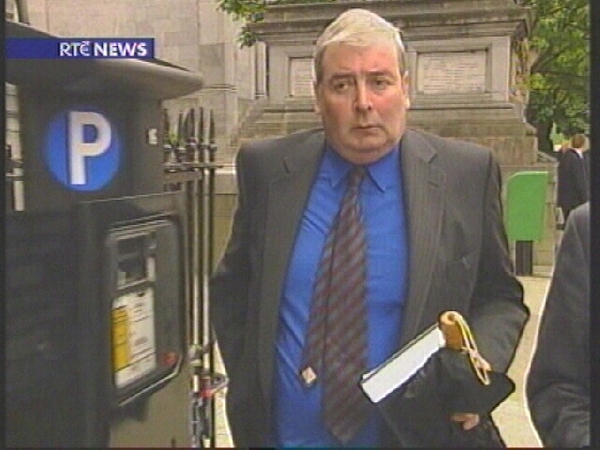