Life coach Rachel Gotto joined the Jennifer Zamparelli show on RTÉ 2fm to discuss grief, how it comes up, how to manage it and how to support those going through it. Listen back above.

By the time she was 30, Gotto had tragically lost both her brother and her husband, soon after having a baby. Her husband died in a traumatic accident, and not long after that she herself developed a brain tumour and became paralysed.

"I had experienced a huge amount of trauma and loss at a very, very young age", she tells Jen.

"I can remember precisely the difference in both deaths", she says. "My father died a year after my husband so there were three deaths in three years, and each one had a completely different, if you can use the word, flavour. They're so individual and each loss brought something or took something different, in a different way." 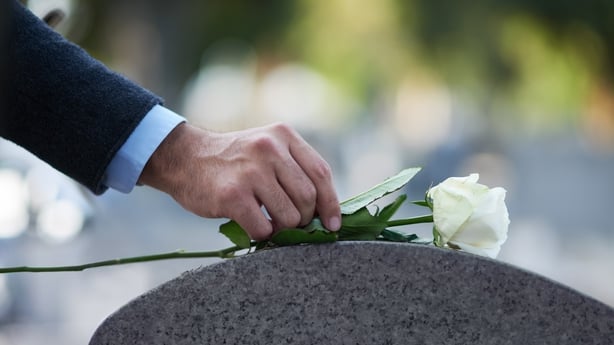 She says that once these losses began to "meld into one another", her physical and mental health began to plummet as she had no time to process them.

"I actually felt as if I was going to implode, personally. I felt like a pressure cooker, and I was almost trapped in this meld and ever-morphing display of emotions. It's very overwhelming and very frightening, Jennifer."

Gotto says that she was young when these griefs hit her, so she dealt with them in "a very uninformed way, very clumsily". "I'm sure that's how most people experience it because we don't learn the ABCs of grief in school. Nobody mentions it, and all of a sudden we're thrust into the limelight with very large funerals."

Although there is often an outpouring of support in these times, she says, "what happens after the funeral is finished and all the people return home into their lives? Our lives are in effect halted. They're stopped and it's like the world is still revolving and we're stuck in one place." At that point, she says she lost her understanding of what would come next. "I was very isolated, I was frightened, I was alone and I was clueless."

Grief is, she says, "a normal process" and Gotto notes that she deals with many cases of grief or loss in her client work as many mental health struggles can come from "origins of loss". We recalls working with a client who lost her mother very young, and still lived with the grief years later.

We're often told about the five stages of grief – denial, anger, bargaining, depression, acceptance – but experts have challenged this over the years. Gotto notes that this framework was originally designed for people at the end of life or with terminal illnesses.

"It is much, much more complex and much, much more varied than those five stages", Gotto says. "There are no limits to what we can experience in a response to a loss. Incidentally remember that grief and loss may not be to do with another human or loved person in our lives. It could be a pet, it could be a job. Grief expands through our whole lives."

With this in mind, she says anything you experience throughout grief is considered to be "normal". Gotto says she's gone from periods of peace and calm, to not being able to leave the house. "Grief cannot be boxed, it can't be categorised."

If you are concerned, she says, reaching out to a professional is the best step. She also says that many actions and practices can ease you through grief, "anything that helps you in the moment, providing it is a healthy practice".

Whatever you're feeling, she says "allow those emotions to sit because sometimes when we fight them, it can take more energy than we have and become more frightening".