Irish surfer Conor Maguire has been nominated in three out of the four categories at the 2021 Global Red Bull Big Wave Awards.

Hailing from Bundoran County Sligo, Conor has been surfing the swells of Mullaghmore since the tender age of 11.

A seasoned 'Big Wave' surfer, the 27-year-old made headlines last October when he surfed what is believed to be the biggest wave to hit the West-Coast of Ireland.

Reaching 60 foot, the jaw-dropping wave earned him nominations for 'Biggest Tow', 'Ride of the Year' and Performer of the Year.

As the only European male nominated in three award categories, Maguire is nominated alongside a number of surfers competing in the warmer climate of Hawaii such as Kai Lenny, Billy Kemper, Eli Olson and Kalani Chapman.

Speaking on the upcoming awards, Conor said: "This is without doubt the biggest moment of my surfing career to date and one I won’t forget."

"I have an incredibly supportive network and team around me, and without them I wouldn’t be able to do what I love at this level, so I am really happy to see our hard work recognised on a global scale like this."

"To be named up there with the likes of Kai Lenny in the Performer of the Year category, that means a huge amount to me and my team. It is definitely motivation for the Big Wave season ahead."

However, the majority of the nominated rides come from the infamous big wave breaks of Nazaré in Portugal and Pe’ahi (a.k.a. "Jaws") in Hawaii, USA, but this year’s shortlist also sees rides from Mavericks in Half Moon Bay, California, USA, Todos Santos in Mexico and, of course, Mullaghmore.

$350,000 in prize money will be awarded across four categories for men's and women’s divisions: Ride of the Year, Biggest Paddle, Biggest Tow, and Performer of the Year. Winning photographers and videographers will also be awarded on the night.

The winners will be announced during the 2021 Red Bull Big Wave Awards Show on October 29, broadcast on Red Bull TV. 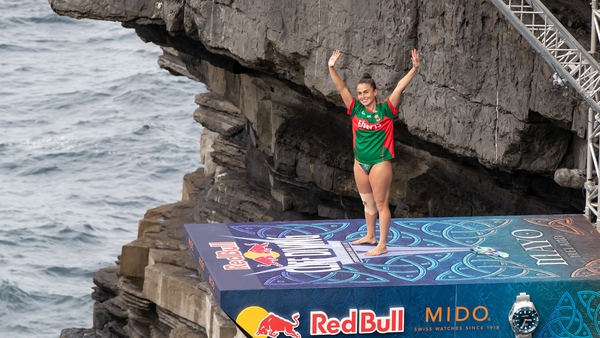