As a video game hero, St Patrick is certainly an untapped resource.

So, too, is St Bridget, a figure who can be interpreted from Irish mythology as either a "very ancient, pre-Christian or even pre-human person who came to Ireland thousands of years ago", or as "a young woman working in the first millennium".

That's according to Fionn Keeley, the Irish creator of Fadó, an independent role-playing game (RPG) based on the figures and legends of Irish mythology, including Fionn Mac Cumhaill, Cú Chulainn and - yes - the Salmon of Knowledge.

Drawn to the "very magical or ethereal fantasy" of stories most of us will have grown up shaped by, and motivated to create a game that draws from that rich narrative well, Keeley began adapting and interpreting the games in a medium far removed - artistically and temporally - from the source material.

But while millennia have passed between one interpretation of a story and the other, there's a natural fit between the two that speaks to what Irish people hold dear in our culture.

"The story changes so much with the telling that it feels like a participative experience", Keeley explains, "in the way that the folk stories used to be told where, instead of being written down, they’d be recited through different generations and storytellers, and each of those would add their own bit to it."

"But there’s also the over-the-top melodrama that a lot of games like to employ, as well. Everything’s very flashy and the most dramatic version of itself."

So, exactly like when a story from one party or one argument is retold and retold, each telling more ridiculously grandiose than before?

"Exactly! Some friend has a story and in your own telling they could grow into some legendary figure themselves."

With countless franchises built from mythology - from the Scandinavian spectacle of the Thor films to the beloved adventures of Lara Croft in Tomb Raider - it is clear that folklore and legends are highly bankable. But this is particularly true when it comes to gaming: folklore, like video games, are collaborative and open to endless interpretations.

Interpretation or not, a foundation of knowledge is necessary if you're going to play fast and loose with the Salmon of Knowledge. Keeley explains that his first port of call was to draw up a "flow chart" of the legends he knew and develop it from there.

Drawing on resources from Library Ireland, University College Dublin and University College Cork, which have large sets of translations of Irish texts, and Dúchas, Keeley verified the stories he wanted to develop. With Dúchas, in particular, Keeley dove into the history of Ireland using its interactive map of resources, where clicking on a specific area in the country will bring up collected accounts of local customs and traditions.

"My philosophy, when I’m doing that, is you need to know everything as it should go properly before you change anything", he says.

Translating millennia of tales into one linear narrative, however, posed greater difficulties.

"As well as the storytelling side, a lot of [the mythology] directly contradicts itself", he explains. "A character dies in one story and then shows up 2,000 years later in a different one."

Keeley's structural solution was to create four "separate chapters that you can switch between any time", each one covering Cú Chulainn, St Bridget, Fionn Mac Cumhaill and St Patrick. He compares them to an "anthology", saying that "they’re like a collection of Irish legends". With one episode completed for each chapter already, Keeley will add to the narrative like the scribes and seanchaithe before him.

Aside from structure, there's the act of literal and figurative translation required, adapting stories to better fit the medium of video games. He recalls researching the legend of Cú Chulainn, who most Irish people would know as the great Irish warrior who, as a young boy, killed a ferocious hound with his sliotar and worked for the hound's owner as repayment.

"He takes his name after becoming a replacement dog for a guy", Keeley says, "but I suppose that’s not as obvious in English". The word cú typically refers to a "hound", which Keeley notes "isn't even a dog in modern Irish". 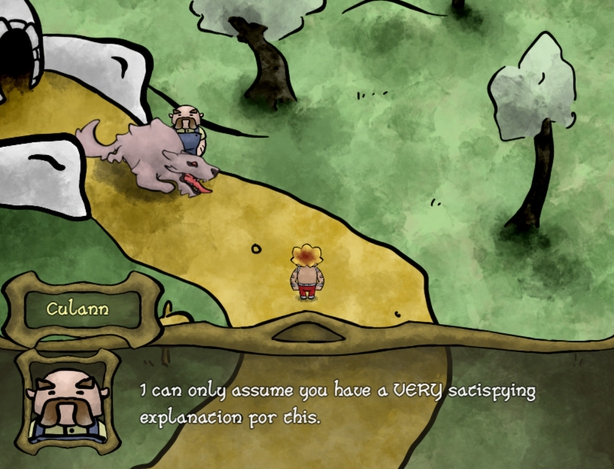 Cultural practices and customs need translating, too, and contextualising, particularly for players who are not Irish.

"People were a lot more preoccupied with oaths", Keeley says, "and if you put someone under your protection, if anyone ever harmed them, that would be enough to start a war over. There’s one particular concept, which was a geas - a semi-magical promise, it’s almost like a curse, but it’s something that a particular person can’t ever do. There’s some that are like, you can never refuse hospitality, or you can never eat dog meat."

We're going to bet Cú Chulainn came up with that last one.

As bewitching and rich as the legends are themselves, it seems that the most attractive aspect of our literary and folk tradition is the role Irishness plays in it: how we tell our stories, what words we choose, how we express our heritage. This challenge, to evoke Irishness in a video game, is perhaps the most intricate, and runs right through the design of Fadó.

"In the characterisation", Keeley says, "one person who played the demo said they were very excited to have found the point in any game where someone said "begod!"

Naturally, dialogue plays a central role in any story, particularly one predicated on rejuvenating Irish folk tales for the 21st century. But rendering something fantastical and fluid as something visible and stable on a screen can demand acts of your own myth-making, too.

"One of the trickier parts about it is that the original versions of these stories are written with very old forms of Irish, but they’ve also been translated into very old forms of English, as well. It’s hard to strike a balance between having the grandiose, antiquated way of speaking that most of them do and also making it a modern platform. It feels a little bit weird to have everyone talking in a Victorian English translation.

"You almost have to aim for this non-existent version of Ireland, a modern version of Old Ireland, I suppose." 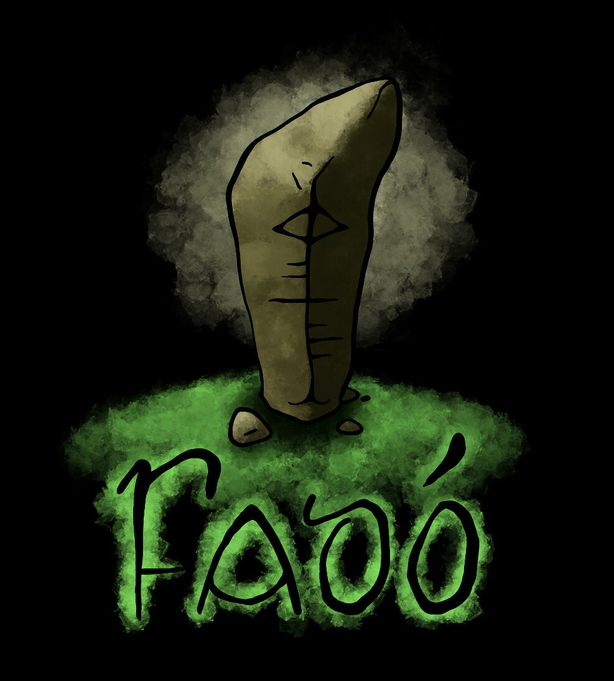 Although Fadó is not yet released, Keeley presented a demo of the game at Dublin Comic Con in Summer 2018, which received a lot of positive feedback and attention. "It's very close to the release of a first part", Keeley says, adding that his plan is to release chapters one by one or do a soft release, followed by a larger release of content.

If this isn't soon enough for you, take heart in the fact that we're not in an Irish folk tale as, as Keeley notes, "A lot of Irish legends didn't treat time very seriously".