In support of Blood Cancer Awareness Month, we sat down with RTÉ 2fm presenter Louise McSharry to discuss her experience with the disease and the advice she has for both those diagnosed and their loved ones. Watch the interview above.

Louise is working with the Make Blood Cancer Visible campaign for the month of September to generate more awareness of blood cancers which include leukaemia, lymphoma and myeloma. Together, they comprise nearly 10% of all cancers, with more than 2,000 people across Ireland diagnosed annually.

"It's really just about making people aware of blood cancers and that they exist, that they have a relatively high rate of diagnosis and that they're mostly treatable."

Speaking on her own experience, Louise described some of the side effects* that she experienced due to Hodgkin's Lymphoma.

"Initially, my period stopped. I had really bad, intense, sweats at night time which is quite common with Lymphoma. Eventually, I lost my appetite completely, I lost a lot of weight, I was really tired, extremely fatigued.

"And then it turned out that I did have several kind of - tumour is not necessarily the right word, but growths, swollen lymph nodes in my armpits".

As someone who has been through a cancer diagnosis, the broadcaster insists that there is no one piece of advice that could suit every person dealing with the disease. However, she did have some wise words to share with others who may be dealing with a situation such as hers.

"What I always say is that you would be surprised how quickly you adjust to a new normal with cancer."

"You get into a rhythm of treatment and very quickly you're kind of back in a routine. It's not your old routine but it is a routine.

"I think I would have found that comforting to know at the beginning because the only way that I can describe it, and I've said this a few times, is that you're living in your own little snowglobe world and then someone picks it up and shakes it and that's what it feels like because whatever you were doing tomorrow is out the window."

Research commissioned as part of the campaign found that 29% of people who care for a loved one with cancer do so for the equivalent of a full working week or more, with some people caring for more than 45 hours per week.

We asked Louise if there was any advice for carers, friends and family of those with cancer.

"I really think that honesty is the best policy, I think it's important to not avoid the subject.

"If you want to help them, don't wait for them to ask you for help. Pay attention.

"See what they need because chances are people are going to find it very difficult to go from being a very independent person to someone who needs help, I certainly did.

"The best people in my life were the people who saw needs, identified them and sorted things out without me ever having to ask."

Listen to Louise McSharry's interview in full in the video above.

*It is important to note that Louise is speaking on her own experience and that you should consult a doctor for any information. 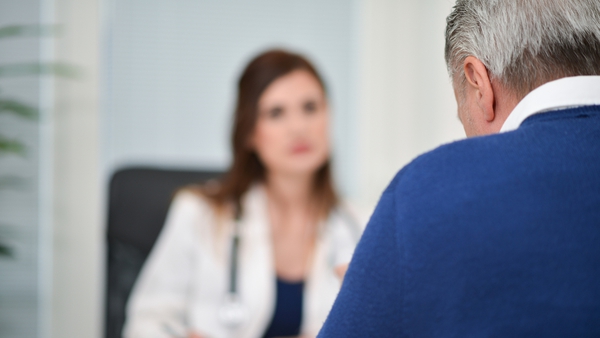 Did you know that men can get breast cancer?