Having selected the seven finalists, the judges must now select the overall winner for Home of the Year 2018.

From an upsidedown copper home in South Dublin to an indoor garden in Co. Clare, Patrick Bradley, Hugh Wallace and designer Deirdre Whelan have had their work cut out for them.

Tonight on RTÉ One, the homeowners will come together for the very first time at Palmerstown House in County Kildare, where the judges will deliberate and ultimately crown their winner.

Sarah Thompson, Belfast
Sara Thompson is an interior designer based in Belfast who lives in this period style home with her husband, Scott, and their three children.

The family needed a bigger home for their growing family at the same time that his parents were hoping to downsize. As a result, the couple built a period style home for their family on the site of Scott’s parents’ home in County Down.

The home was knocked down and two homes were built to house three generations. Throughout the home, Sara blends her love of art and interior design with family treasures passed from one generation to the next. Sara blended classic and contemporary styles to create a unique and harmonious look.

Niall Henry, Dublin
Architect Niall Henry from Dublin Design Studio lives with his wife Emma and their three children in a contemporary home he designed in Dublin.

Niall had to work within the constraints of a very narrow site and wanted to push the boundaries in design.  Large windows were fitted throughout the ground floor of their open plan living area.

He stepped up the first floor and pushed it a metre and half back off the ground floor level so there is an overhang above the side garden. Privacy was important in a busy suburban area and the rooms upstairs look back into each other.

We 💛 this 18th century mill! Take a tour in tonight's Home of the Year from 8.30pm! #homeoftheyear pic.twitter.com/vTdleG0HXe

When he and his wife Michi bought the mill it was habitable but they worked hard to make it their own. Their home is full of furniture and artwork that they have collected over the years. In working on their home the couple were passionate about breathing new life into this old building.

They replaced the modern windows and doors with ones they sourced or had made to bring back the character of the building. They have truly appreciated its unique qualities and have devoted themselves to the refurbishment.

The family love the area and all that West Cork has to offer. They knocked a bungalow on the site and Margaret put a lot of thought into the plans of the house working closely with the architect so that they could incorporate as much of the eighteenth-century features into the house itself.

Fields, cliffs, headlands and the sea are visible from almost every room. She also loves the rock face at the back of the house. Fastnet Rock Lighthouse influenced the design of the home. It was very important to that local west cork craft people who understand the sea were involved in the building of their home.

Kostas Wootis, Clare
Kostas Wootis is an architect who designed his family home in Co.Clare. He lives there with his wife and daughter.

Originally from Greece, Kostas wanted to design and build a family home that incorporated nature. He did this by putting an internal garden into the home. He feels plants have a calming influence and create a relaxing atmosphere.

The main living room is upstairs, this was because he wanted the room to face south-west so they could avail of the sun in the evening and take in the nice views.

Patrick and Ros, Wicklow
Patrick, an artist and Ros, the creative director of Avoca, live in an eighteenth-century farmhouse-buildings in the Wicklow hills.

The home which is made up of a farmhouse cottage and converted outbuildings. They bought the cottage when living in Galway in the 1990’s when their eldest son was six years old. They describe it as a piece of heaven that they don’t make anymore.

They say their style is eclectic and bohemian filled with family heirlooms, Patrick’s paintings, junk-shop finds and design pieces. The couple have a real sense of individuality in the home and used bright colour to really bring the space to light.

The family bought the home in 2015, falling in love with the open plan living and the extensive grounds. Jackie had a very clear idea of the home she wanted and so the remodelling began.

She changed the entrances to the house, gutted all the rooms, changed the kitchen and moved the fireplace. She would describe her style as a mix of Scandi, with soft industrial and mid-century furnishings. They also rethought the landscaping of the exterior gardens.

Watch the final episode of Home of the Year on Tuesday night on RTÉ One at 8:30pm. 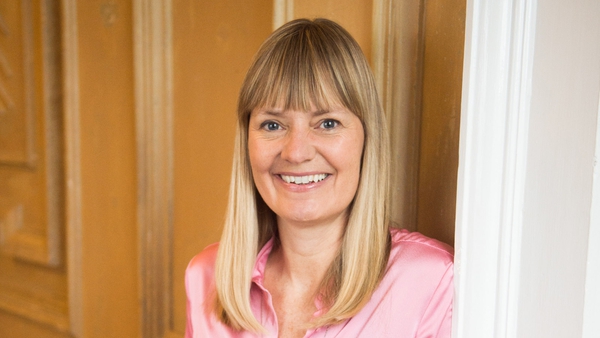 Home of the Year: Check out this indoor garden in Clare

home of the year