Comedian, Dancing with the Stars contestant and RTÉ 2fm presenter Bernard O’Shea is heading for the farm tonight on RTÉ One.

The belly belly bum bum dance by @boshea5, will this be a feature on #DWTSIrl 2019? pic.twitter.com/T3OKeLCE4g

The belly belly bum bum star will join Ella McSweeney and Áine Lawlor as a guest presenter on Big Week on the Farm.

We have no doubt he'll be following Alison Spittle and Marty Whelan's footsteps by taking part in the 'Pull the Udder One' challenge but will he beat fellow Dancing with the Stars competitor Aoibhín Garrihy?

Elsewhere on tonight's episode, we’ll be checking out the value of poo and finding a highly productive farm which exists entirely underground.

Finally, Helen Carroll is in Kildare, where she will be part of a live world record attempt to create the largest procession of Massy Ferguson tractors ever seen.

The team will have a lot to live up to after last year's programme when farmer Patrick Shalvey smashed the existing world record for reversing a tractor and trailer by 2.8 kilometres.

Watch Big Week on the Farm every evening this week on RTÉ One at 7pm. 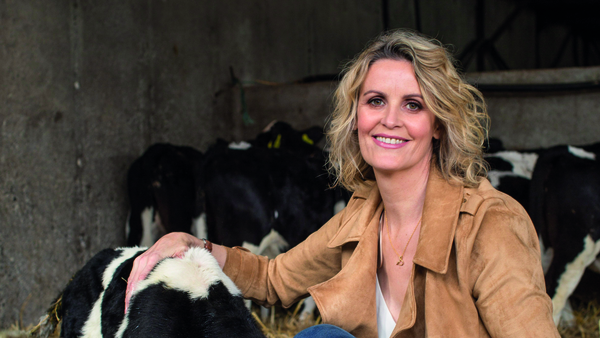 Helen Carroll: "The glamour side of TV doesn't appeal"