With brown sauce, ketchup, curry powder, curry sauce - and a few loose teabags for good measure - the Irish cupboard can be a place of culinary chaos but sure we wouldn't have it any other way.

On RTÉ One's What are you Eating? Philip Boucher Hayes finds out what we've got in our kitchen cupboards. Watch our video with the presenter above.

#WhatAreYouEating Not afraid to tackle the most divisive social issue of our time. @RTEOne 8.30pm pic.twitter.com/6ZqX9KfekU

Irish people love their curry sauce but if it's coming out of a packet, how close is it to an authentic Indian dish?

Banu Balaji, who runs an Indian cookery club, explains to PBH why real Indian curry is a million miles away from what we've been eating in our 3-in-1.

Next, Philip puts his taste buds to the test when he meets Jenny McNally of McNally Farm near Balbriggan who grows chillies in polytunnels for supply at weekend food markets.

With his newfound chilli-knowledge at the ready, out host heads to compete at a chili eating competition at Dublin’s Eatyard.

The hottest chilli in the world - The Carolina Reaper (1,500,000 Scovilles)@RTEOne 8.30pm pic.twitter.com/bZjWiGQauA

Love to make spicy foods? Arun Kapil explains some of the dos and don’ts - check him out in the video below.

Finally, we turn to Ireland's favourite beverage - the humble cup of tea. Café owner Oliver Cunningham of Wall & Keogh offers a choice of tea blends that present an alternative to the malty Assam flavour that characterises the leading commercial tea brands.

Oliver helps Philip make his own tea blend which Philip then takes for a taste test with a group of tea connoisseurs at a builders’ break time. But what will the builders make of Philip’s fancy brew?

Watch What Are You Eating? tonight on RTÉ One at 8:30pm 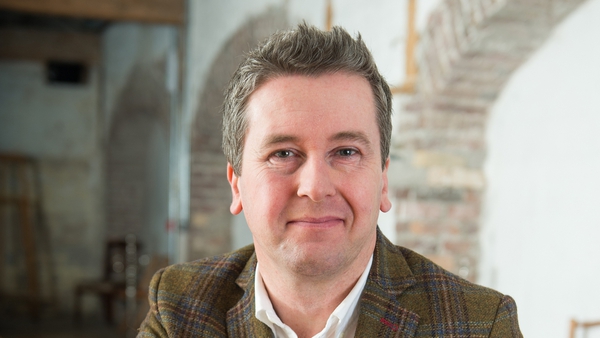 Want to see what just one Fast Food meal does to your arteries? what are you eating