With the divorce rate in Ireland climbing back up to pre-recession levels, child psychologist David Coleman joined Sean O'Rourke on RTÉ Radio 1 to talk about the impact on children.

"It can have a whole range of implications on children. They have such a mix of feelings. For some, it might even be shame and a sense of embarrassment…

"Certainly, it can lead to a lot of anxiety because it all becomes very unpredictable for children, they don’t know what to expect.

"They can just feel really angry, they can be blaming one or other or even both parents for what’s happened. They may feel very powerless."

There are any number of feelings it can generate.

David says that it’s of utmost importance to try to protect the children from witnessing negative outbursts and behaviour towards the other partner.

"If the parents are still locked in some bitter dispute… it’s putting children in this really awkward place where they’re hearing really negative things said about the other parents.

Even if you as one of the parents involved may feel very bitter towards their other half, your children don’t necessarily share that bitterness.

"It’s about trying to protect your kids from that so that your children can have if you like an open relationship with each of you."

Most of all, David recommends against actively using children to send a message.

It’s very difficult sometimes for children when they get stuck in the middle.

"Oftentimes… parents will just put down another parent while they’re with them but more often parents will send a message back with the child, 'Oh, by the way, tell your mam that she’s not getting a, b. and c,' - that puts children in a really invidious position so don’t use the children as a bargaining point or as a go-between."

Listen to the full interview on Today with Sean O’Rourke on RTÉ Radio 1 above. 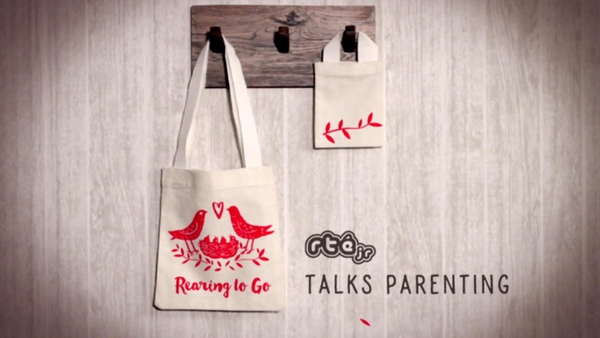 Breaking Up? How Can We Protect The Kids