Earlier this morning, Dáithí Ó Sé landed on to the grounds of Malahide Castle via helicopter to greet the 2017 Rose of Tralee contestants.

We caught up with the presenter to find out how he got fighting fit for the event. Watch the interview above.

With 64 hopeful roses dressed in red and Dáithí wearing a tux worthy of James Bond, the 58th Rose of Tralee International Festival was launched in spectacular fashion.You can watch the aerial entrance below:

According to Dáithí, it was when he finished filming the Today Show with co-host Maura Derrane last April that he began to notice his weight gain which he puts down to laziness and spending too much time in the car.

It was at this point that the host found himself out of breath whilst running around after his young son and decided to make a change.

"I started walking and hard walking about four miles a day. It was taking me about an hour and ten minutes to do it at first so I have it down to about fifty five minutes now without being out of breath."

"I didn't go on any crazy diets or anything so I'd have porridge in the morning, I may have an omelette around eleven o'clock, a smoothie during the day and dinner."

Staying motivated
Diet and exercise are all well and good but motivation can be hard to come by. Dáithí said that the tux fitting for Rose of Tralee kept him focused as well as sharing his goals on Facebook.

"The fact that I put it up on Facebook and stuff like that, that kind of made me do it in the sense that when I gave up cigarettes twenty years ago, or fifteen years ago, I told everyone I was giving them up, therefore, I had to give them up."

Dáithí and the final 32 Roses will broadcast live from Kerry at 8:00pm on Monday 21st and Tuesday 22nd of August on RTÉ One. International audiences can watch the event live on the RTÉ Player. 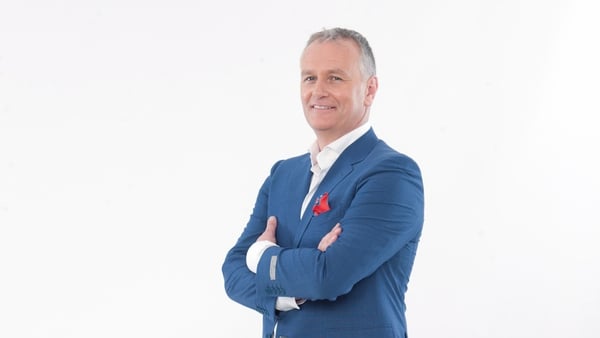 Dáithí Ó Sé on why he wanted to lose weight Living