This country of ours has many charms, but tropical weather isn’t one of them. No surprise then that Ireland has the second highest rate of consumption of fake tan in the world, with Dublin and Belfast coming in as two of the most bronzed cities in the world.

With the sun giving us only a few shy, furtive glances throughout the summer months, Irish women (and men) are reaching for the bottled bronze like nobody’s business. Except it is somebody’s business, and a big business it is too. Nobody knows this better than Marissa Carter, the force behind the Cocoa Brown Tan.

The trademark hot pink bottles have become a regular fixture on celeb Instagram pages. and this kind of influencer marketing has skyrocketed the company through the ranks of the beauty pack.

The Business catches up with Marissa to ask how she dominated the market in just five short years. The tan might be marketed as a glamorous product, but Marissa’s business had humble beginnings. After attending beauty school, she was sharing a house with four friends and set up her first salon in their laundry room.

"This room was awful, it was so smelly! It was the room that whenever anyone moved out, anything that they left behind, that they didn’t want, got thrown in this room so it was like this massive big skip that I cleared out and put in my beauty bed."

A few years later and Marissa had a thriving salon; the recession took its toll, however, and she found herself €50,000 in debt. This strain gave her the impetus to find another stream of income, and maternity leave gave her the time to work on it. The result? The neon pink bottle currently taking the world of fake tanning by storm.

Marissa’s secret ingredient DMI, or dimethyl isosorbide, was a triple threat. Not only did it reduce the scent of the product and prevent the tan looking orange against the skin, but it also sped up the developing time of the tan to only one hour and a star was born.

Marissa took the inspired decision to pay Joyce Bonelli, makeup artist to the Kardashians, to be her Brand Ambassador. The product then reached the radar of some of the biggest beauty influencers in the world, without Marissa having to pay the individual celebrities a cent.

"We were only in 28 stores in New York when Kylie put up a photo of herself wearing the tan, but we sold out within 24 hours. There was a knock-on effect because overnight, it turned us into an internationally recognised brand."

As it stands, Marissa and co are selling two products every fifteen seconds during the peak summer season and they have big plans for the company.

"In another five years, I would like to be the biggest selling self-tan in the world. That’s the goal. I know I sound extremely audacious saying that, but I would imagine that we could do it in five years."

Listen to this episode of The Business with Richard Curran above. 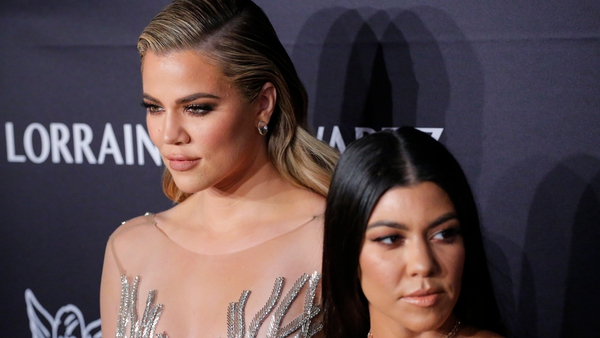