New research from the University of California, Berkley has discovered that smelling food may lead to weight gain.

Researchers found that overweight mice lost a vast amount of body weight after losing their sense of smell, despite eating the same amount of food as mice who did not.

Furthermore, the mice who maintained their ability to smell actually doubled in weight when fed the same quantity of fatty foods as their sniffer-deprived counterparts.

Scientists think that this possibly means that the body's use of calories is influenced by smell. Researchers believe that when we smell food, the body may decide to store it, and that if we could not smell, that the intake would be burned.

"Sensory systems play a role in metabolism. Weight gain isn’t purely a measure of the calories taken in; it’s also related to how those calories are perceived," he says.

According to the Berkley professor of molecular and cell biology, this discovery could have significant consequences for those struggling with obesity.

"If we can validate this in humans, perhaps we can actually make a drug that doesn’t interfere with smell but still blocks that metabolic circuitry." he says.

The sense of smell was only removed from the mice for a period of three weeks and Dillin suggests a similar method could be useful in weight management in obese humans.

"For that small group of people, you could wipe out their smell for maybe six months and then let the olfactory neurons grow back, after they’ve got their metabolic program rewired," he explains.

Furthermore, scientists noted that we are more susceptible to smell when we are hungry, so in the absence of scent it is possible that the body is not aware that it is hungry.

A report into nutrition in Ireland in 2011 by the Irish Universities Nutrition Alliance found that 26% of Irish men and 21% of Irish women are obese.

Given that our sense of smell is central to our perception of the world on a daily basis and that most of us are fond of eating fine smelling foods, there are surely less drastic measures for weight loss!

Our suggestion: if you need to drop a few pounds opt for healthy eating and exercise, breaking a sweat may be preferable to temporarily removing neurons from your nostrils. 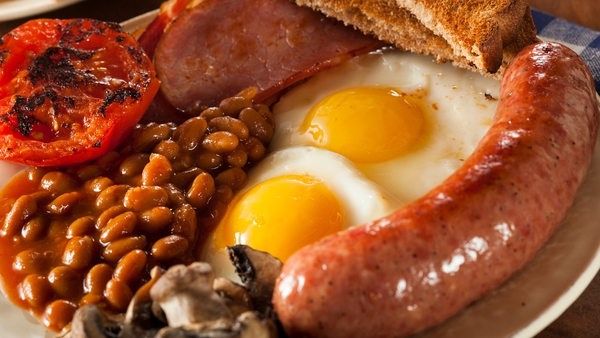 In defense of the high-fat diet living