On the LifeStyle show this week, Taragh Loughrey-Grant was joined by Áine Kerrigan aka 'The Yoga Bear' - a RYS500 qualified yoga teacher, having completed over 500 hours teacher training with Yoga Therapy Ireland.

She's contributed a plethora of amazing yoga articles to RTÉ LifeStyle, but one caught Taragh Loughrey-Grant's eye in particular, 'Get ready to take yoga off the mat' because of how Áine broke down what yoga actually is.

"I suppose my goal when I wrote the article was to make it more accessible to people", Áine explained.

"When I started practicing yoga, I was going 'Oh, why do I feel so nice? Why am I reacting to things less? Why am I little more peaceful with myself? I started delving into the philosophy of things."

She said when she wanted to understand more, there were many books that made it very complicated. She found Patanjali's Yoga, 'the Eight Limbs of Yoga' a great way to understand.

"He's an ancient sage" Áine explained, "who I suppose put a structure on yoga for people to understand."

"Sort of if you studied business, like Maslow's Hierarchy of Needs. It's basically about putting a structure around this broad, broad philosophy that is life."

Each limb can work independently or support each other at different times.

How does this relate to yoga, and when you're on the mat?

"When you're on the mat, you start to see your reactions to your body, to the physical. You kind of go, 'Oh, I'm pushing my leg where it doesn't want to go" Áine said. 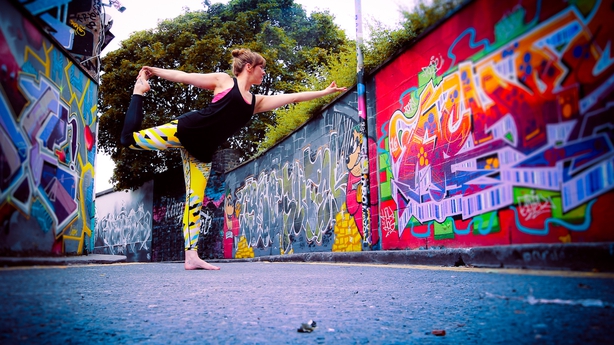 "And that translates into life. Sometimes you're trying to control things so much that if you took a step out of yourself, and looked on the situation, maybe if you let things happen they'd unfold in the way they're suppose to."

"Whether that's a good or bad thing, that's just the way it's supposed to be."

Taragh shared her own yoga experiences of it being very physically intense, and that some of the philosophy and thinking behind yoga was then lost on her. It wasn't enjoyable.

Áine explained people go to yoga for many different reasons; physicality is one of them. And that can suit someone as it's one of the eight limbs (Asanas)

"It's all about finding what stage you're at."

"We're taught to be competitive in schools...to get any sort of recognition we need to be the best. And that's fine, but who are these people who are judging us? They're just other people. Who have the same stuff going on in their life."

An awareness of yourself

"When you're on the mat, not saying 'I'm going to do a headstand by 2018!' but 'Maybe I'll start working on my core a little bit, and see if that helps" Áine said.

"The main thing about all the yamas is awareness. They bring you into awareness of yourself...You realise how you react to things."

"So then you start watching those reactions. And that's what brings about this awareness. You start to watch yourself in situations outside of that."

"And then you start to think 'Oh well, is that my true reaction?' or 'What is my true feeling on this situation?'"

Listen to the full interview with The Yoga Bear, Áine Kerrigan above!