Our very own Digital Dad joined Nicky and Jenny on RTÉ2fm today - give their interview a listen here:

"I'm a grown man with a stammer. Boo hoo you might say but at least you're able to say that," says DD.

My version might be bbbbooo whwhhoo or worse still, ten seconds of excruciating embarrassment trying to spit out the ‘b’ before it all comes out in one fell swoop.

Ok I’m exaggerating slightly. I’m nowhere near as bad as that (I once was though) and most people who know me probably even forget that I have, or ever had, a stammer but it’s there and it’s never going away...not now anyway.

My life is one big thesaurus. I’m constantly substituting words with ones that I know I’m not going to struggle with.

I’m always thinking, rearranging and altering things that I want to say before I even say them.

This is constant and it happens before almost every single thing I say.

My brain is always on overdrive and regardless of how hard I try I’ll still always stammer. I’m ok with that, now.

As I’ve matured my way of dealing with my stammer has changed and I no longer fear it. In fact I do the opposite now and challenge myself and my stammer as much as I can.

In the past, I’ve done stand-up comedy, I’ve lectured (still do), I’ve been on radio and TV, I’ve given work presentations, I’ve given speeches and all this is from a guy who had to take Valium for his Irish orals (best exam experience ever!) and whose Mum had to write a note to his English teacher in secondary school asking if he could be excluded from reading out loud in class (I dreaded this).

I’ve never been bullied (I wouldn’t put up with that anyway) and I’ve never been made fun of although I do like to take the p*** out of my own stammering from time to time – maybe this is a coping/distraction mechanism I don’t know.

This certainly isn’t the case for a lot of people who suffer from speech impediments and because of this, there’s a risk that they can grow up feeling helpless, lonely, nervous, self-conscious, lost and depressed.

When I was younger I attended numerous speech therapy sessions but I never felt like they helped me that much. Exaggerated breathing techniques, speaking without my lips touching or speaking in-sync with tapping my foot always made me look, feel and sound, well a bit odd to be honest.

Granted, they probably work for other people - and I really hope they do - but for me? No. This is probably where my ‘f*** you stammer’ attitude came from. It was bad enough stammering but then making myself sound even weirder by trying to combat/disguise my stammer just felt wrong.

As I’ve grown up though, I’ve seen and met numerous stammerers - particularly young people - and I see that same fear and embarrassment that I had. It’s crippling.

You become an introvert by default. You shy away from certain situations. You stay quiet and like me - still to this day - you avoid where possible talking on the phone. It can be hard to make friends. It can be hard to fit in but in hindsight it doesn’t have to be like this.

There are lots of support services, courses and programmes available to people now. Granted, this isn’t the route I took but everybody is different and my ‘f*** you’ attitude just seems to be the thing that works for me. 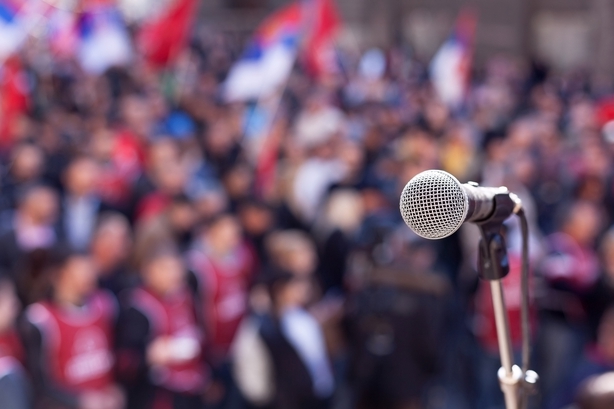 My fear now is for my 3 boys (Thing 1, 2 & 3). I adore them. They are outgoing, good-natured, funny and weird. I would hate for them to develop a stammer and see their personalities change as a consequence.

What I would say to any parent reading this is try not to force your kids into situations that they are not comfortable with in the hope that they’ll just ‘get over’ their stammer.

Encouragement is one thing but forcing is another. If anything it can make matters worse. Within reason, give kids an option and let them decide for themselves.

The worst thing my parents ever did was send me to Irish college. I knew that I would hate it and I really, really did. What made matters worse is that I went for two years in a row! If I had been given the option I would have said Nílím ag dúl, go raibh mhaith agat!

I don’t hold any grudge whatsoever against them as they were only doing it for my benefit – B1 in honours Irish, ahem – but I definitely could have done without the second year!

Anyway like most parents, we only want to do the best by our kids and if one of my boys does happen to develop a stammer I’ll be sure to encourage them and help them to navigate that path in whatever way they are most comfortable with.

One thing that I’ll definitely preach though is to stand up, face it, challenge it and embrace it.

Feel free to get in touch or let me know thoughts/comments below.