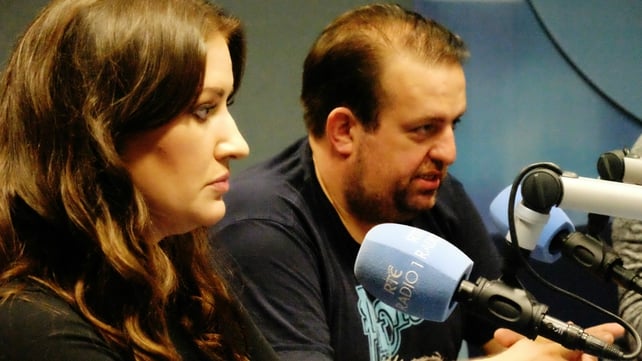 So how are the celebs getting on with their new fitness plans? Elaine Crowley told Ray, “How do I put this nicely? I’m not on Midday now! My ‘bazooms’ may have to be reduced.” The TV present explained that the reason she might consider breast reduction surgery is because it affects her back.

"It does affect my upper back. I mean, I medically qualify under my health insurance for a breast reduction so if I don't get my core strong enough and things don't right themselves then it could be an option in the future."

Meanwhile, Karl Spain says he's shocked by how much better he feels since starting the plan.

"I feel much, much different, I feel way better. After two days, I wasn't expecting it, but my breathing was so much clearer. I could just feel it, that's such a different already. It's interesting meeting people who I haven't seen in a week or so and them saying 'Oh God, you look so different'. That's eight days, I've stuck to the plan pretty rigidly."

You can listen to the celebs talk about their plans with Ray in more detail here: