Referred to by many as the Godfather of cooking, Italian chef Antonio Carluccio has died, aged 80.

A statement from his agent on Twitter read: "It is with great sadness that we announce that Commendatore Antonio Carluccio OBE sadly passed away this morning."

It is with great sadness that we announce that Commendatore Antonio Carluccio OBE sadly passed away this morning. https://t.co/LWJtijvtf6 pic.twitter.com/WJsqSks7ud

The chef opened his first restaurant in 1981 in London's Convent Garden and celebrity guests included Elton John and Prince Charles. The Neal Street Restaurant also employed a young Jamie Oliver and it was here that he developed his craft and launched his career.

Carluccio began a restaurant chain in 1999, which now includes over 90 restaurants including two in Dublin, one on Dawson Street and another in Glasthule.

A statement from his restaurants stated: "We are incredibly saddened by the news that Antonio Carluccio, our founder, passed away on Wednesday.

"Antonio built Carluccio’s from one restaurant to the fantastic brand it is today.

"It isn’t just Antonio’s name above our doors, but his heart and soul lives and breathes throughout our restaurants.

"Antonio was an OBE, OMRI and a much loved and respected Italian cookery writer, cook, restaurateur, food expert and TV personality.

"He was regarded as the Godfather of Italian cooking. Antonio has been a huge inspiration to many of us and his energy, zest for life and sense of humour will be greatly missed."

Cookbooks & TV
The chef wrote 22 books and was also well known for his TV appearances on shows such as Antonio Carluccio’s Italian Feast,Saturday Morning Kitchen and the BBC's The Two Greedy Italians where he appeared with fellow chef, Gennaro Contaldo.

A number of celebrities, media outlets, food journalists in addition to Carluccio's peers are paying tribute to the chef including Irish broadcaster, author and journalist, Maia Dunphy:

Just heard the sad news about Antonio Carluccio. Terribly sad. He was such a gentleman. :( https://t.co/nKZQdQAgN6

So sad that a dear man #antoniocarluccio has passed over. I never forget how, when we worked together, what a happy, smiley, kind gentleman he always was. Rest now, dear man. pic.twitter.com/p2LAhdLdHY

We're very sad to hear that the godfather of Italian cooking, Antonio Carluccio, has died pic.twitter.com/uYF0aNC5P6

And one of their food journalists, Sophie Haydock: -

At home with Antonio Carluccio in March. He spoke with such passion and fed me some odd things from his fridge. A very big heart pic.twitter.com/lyvK5RgPOw

So sad to hear that the ‘godfather’ of Italian cooking, Antonio Carluccio, has died. Always came across as such a lovely man. RIP pic.twitter.com/v89Ps1E5p4

All of us here at BBC Good Food Shows are saddened to hear the news that Antonio Carluccio passed away today. He was a firm Show favourite, always entertaining and will be greatly missed, RIP. pic.twitter.com/s6WWbFR4s6

Carluccio was born near the Amalfi Coast in April 1937 and began his career as a journalist, before becoming a wine merchant and then a chef. He was married three times, firstly to Gerda whom he fell in love with and followed from Austria to Italy in 1962.

They divorced in 1975 and he married Francesca briefly before meeting and marrying Priscilla in 1980 before divorcing in 2008.

For the last six years he has been in a relationship with archaeologist Sabine who is 20 years his junior. 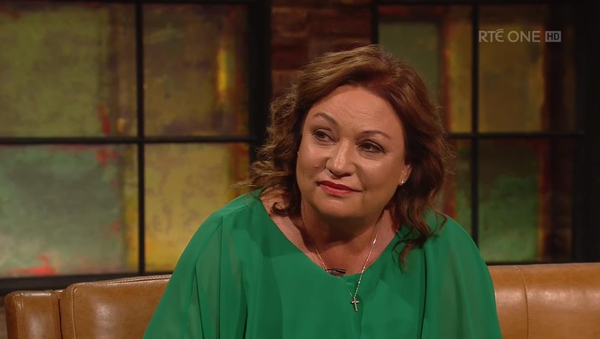