The 2018 Billboard Music Awards was held at the MGM Grand Garden Arena in Las Vegas last night (Sunday May 20). Click through our gallery to see what all the celebs wore on the red carpet.

Look who it is! @BrunoMars takes the stage to present the Icon Award to @JanetJackson. #ICON_JANET #BBMAs pic.twitter.com/CxkwilDney

Janet Jackson became the first black woman to receive the Billboard Icon Award which was presented to her by singer Bruno Mars.

After rocking the stage with her incredible performance, @JanetJackson accepts the 2018 #BBMAs Icon Award! #ICON_JANET pic.twitter.com/S7nDbrGJQI

The 52-year-old made an impressive speech in which she referred to the sexual abuse allegations that have taken over Hollywood over the last year.

"It's a moment when, at long last, women have made it clear that we will no longer be controlled, manipulated or abused. I stand with those women and those men equally outraged by discrimination who support us in heart and mind."

Look What You Made @taylorswift13 do ?? ...WIN the #BBMAs for Top Female Artist! Congrats! pic.twitter.com/adf3zY3YxG

The 28-year-old, who is currently on an all-female artist stadium tour with Charli XCX and Camila Cabello, dedicated her wins to all the female artist who came before her to pave the way as well as all the new trailblazing artists.

"I want to thank all the artists, all the female artists, who paved the way for us to get to do what we do [and] the way we get to do it.

"All the new artists, the new female artists who are killing it out there right now - we're so inspired by you.

"And, I don't know, a shout out to all the future female artists who just picked up a guitar or learned to play piano. And to the fans who care about the music that we make, thank you so much."

Get the full list of winners on RTÉ Entertainment here.

Click through the gallery above to see what all the celebs wore on the red carpet! 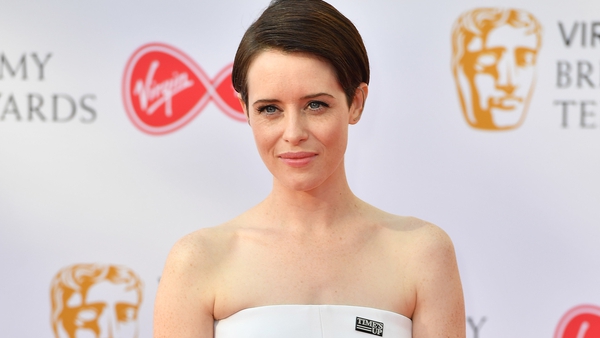 Time's Up continues to rock the red carpet in 2018