Ed Sheeran and Kendrick Lamar were the big winners at the Billboard Music Awards in Las Vegas on Sunday, winning six awards each, with U2 also taking home two gongs on the night.

Singer-songwriter Sheeran won the big award of the night, Top Artist, and was also honoured with the awards for Top Male Artist, Top 100 Artist and Top Song Sales Artist.

Sheeran, who is on tour, did not attend the awards. On the night the Billboard audience was treated to a performance of his hit Galway Girl with Irish band Beoga from Sheeran's recent Phoenix Park shows.

U2, who are currently on the North American leg of their eXPERIENCE + iNNOCENCE world tour, won the awards for Top Touring Artist and Top Rock Tour for their Joshua Tree 30th anniversary trek.

Janet Jackson was honoured with the Icon Award and used her acceptance speech to express her support for women who "have made it clear we will no longer be controlled, manipulated or abused".

"I am deeply humbled and grateful for this award. I feel that for all the challenges, all of our challenges, we live at a glorious moment in history," said the 52-year-old.

"It's a moment when at long last women have made it clear that we will no longer be controlled, manipulated or abused.

"I stand with these women and with those men who are equally outraged by discrimination, who support us in heart and mind."

Singer Kelly Clarkson used her role as host to call for action on gun control in the wake of the Santa Fe High School shooting in which 10 people were killed.

"Once again we are grieving for more kids that have died for just absolutely no reason at all," said the mother- of-four.

During the awards show, Shawn Mendes and fellow singer Khalid were joined onstage by members of the Marjory Stoneman Douglas High School choir from Parkland, Florida. The school was targeted in a gun attack earlier this year in which 17 people died.

The Winners in full:

Top R&B Song
Bruno Mars, That's What I Like

Top Country Song
Sam Hunt, Body Like A Back Road

Top Dance/Electronic Song
The Chainsmokers & Coldplay, Something Just Like This 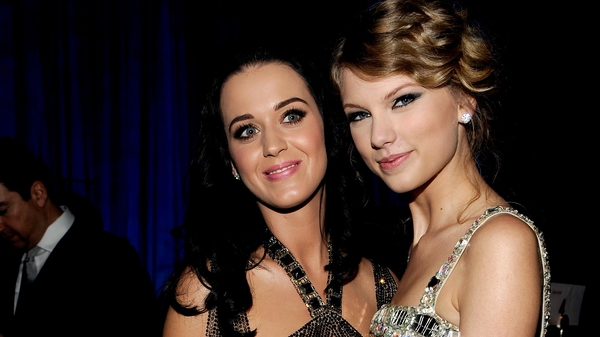