Four days after winning a Golden Globe Saoirse Ronan lost out on the Critics Choice Best Actress award last night in Santa Monica which went to her pal Margot Robbie for her leading role in I, Tonya.

Hours after flying back into Los Angeles to attend the awards, Saoirse looked stunning once again this time in a Michael Kors dress, Giuseppe Zanotti shoes, Messika jewellery and a Jimmy Choo clutch.

The result? Wow. Check out the pics in the gallery above and here's a look at the back of the dress as she chatted to

The Oscar buzz surrounding Saoirse this year is off the chart and with polling closing today for the Academy to choose their nominees ahead of announcements being made on January 23, this is an exciting time for the 23-year-old.

Click through the gallery above for more images and click here for all the red carpet fashion from the Critics Choice Awards 2018. 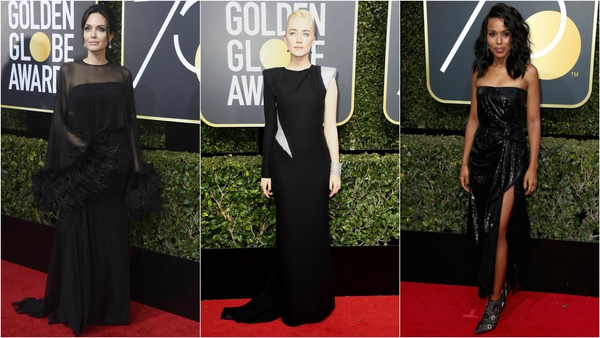