What happened on an isolated road less than ten kilometres from Tipperary town in 1919 was sudden, bloody and unexpected.

The full truth of the event has never been fully established but its political fallout resonates to this day.

The Soloheadbeg ambush was a significant event because it happened – coincidentally – on the day of the sitting of the first Dáil and because it led to the deaths of two Irish Royal Irish Constabulary members – one from Cork and another from Mayo.

They were the first IRA victims of what became the War of Independence – a war that would claim over 2,000 lives by the time it ended in 1921.

IRA men in Tipperary – such as Seamus Robinson, Sean Treacy, Dan Breen and others - had been impatient that a full-scale conflict had not begun and were anxious to start one in the absence of such a commitment by their leadership.

Although Sinn Féin had achieved a landslide majority in the election of 1918, there was no agreed mandate for war against Britain. 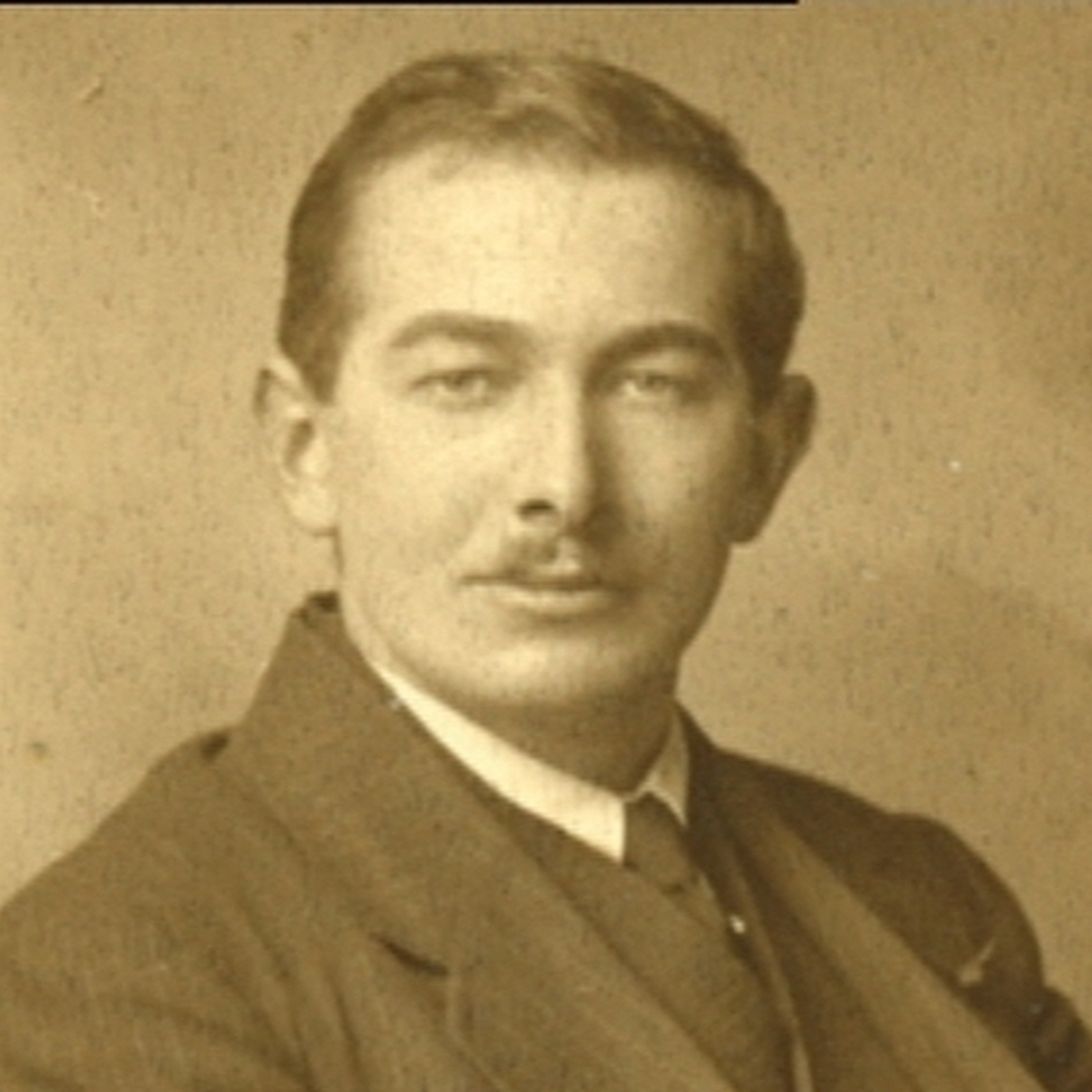 The target of the ambush was a convoy carrying a quantity of gelignite the IRA men badly wanted.

As the convoy took a slow turn towards a quarry at Soloheadbeg, neither the two council workers bringing the consignment on a horse-drawn cart, or the two police men escorting it – could know that the fate of the two policemen soon be been sealed.

Robinson, Treacy and Breen had carefully planned the ambush over several days but had only learned a short time before the ambush that the consignment was on its way.

As the consignment neared the quarry, eight IRA men confronted the four men from a well-concealed hideout. 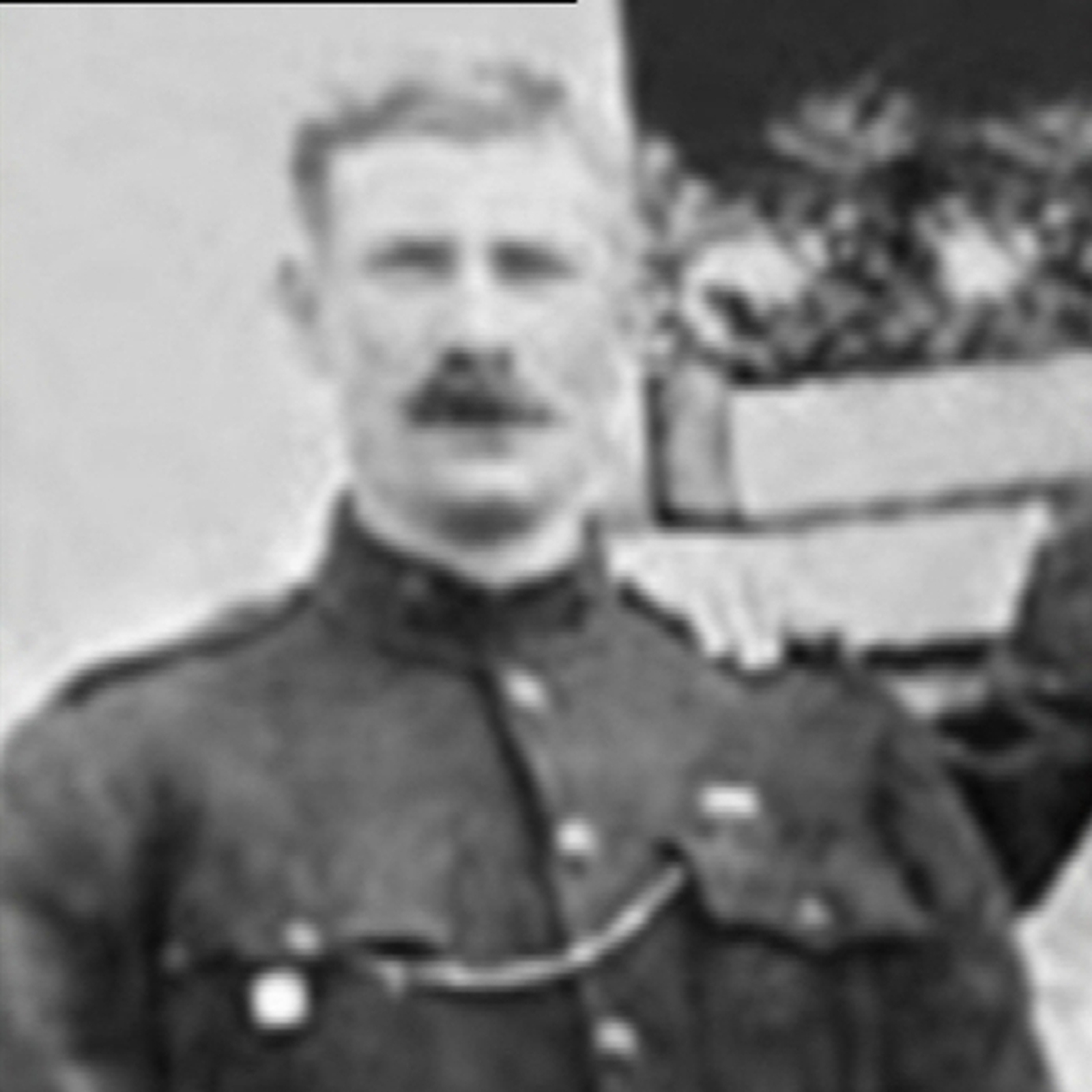 One of the central questions about what happened at Soloheadbeg is whether Constables James McDonnell from Mayo and Paddy O'Connell from Co Cork were killed without justification or whether they died fighting off the ambushers.

Constable McDonnell was 56 and a widower with seven children. Patrick O'Connell was 36 and engaged to be married.So what do we know about what happened? 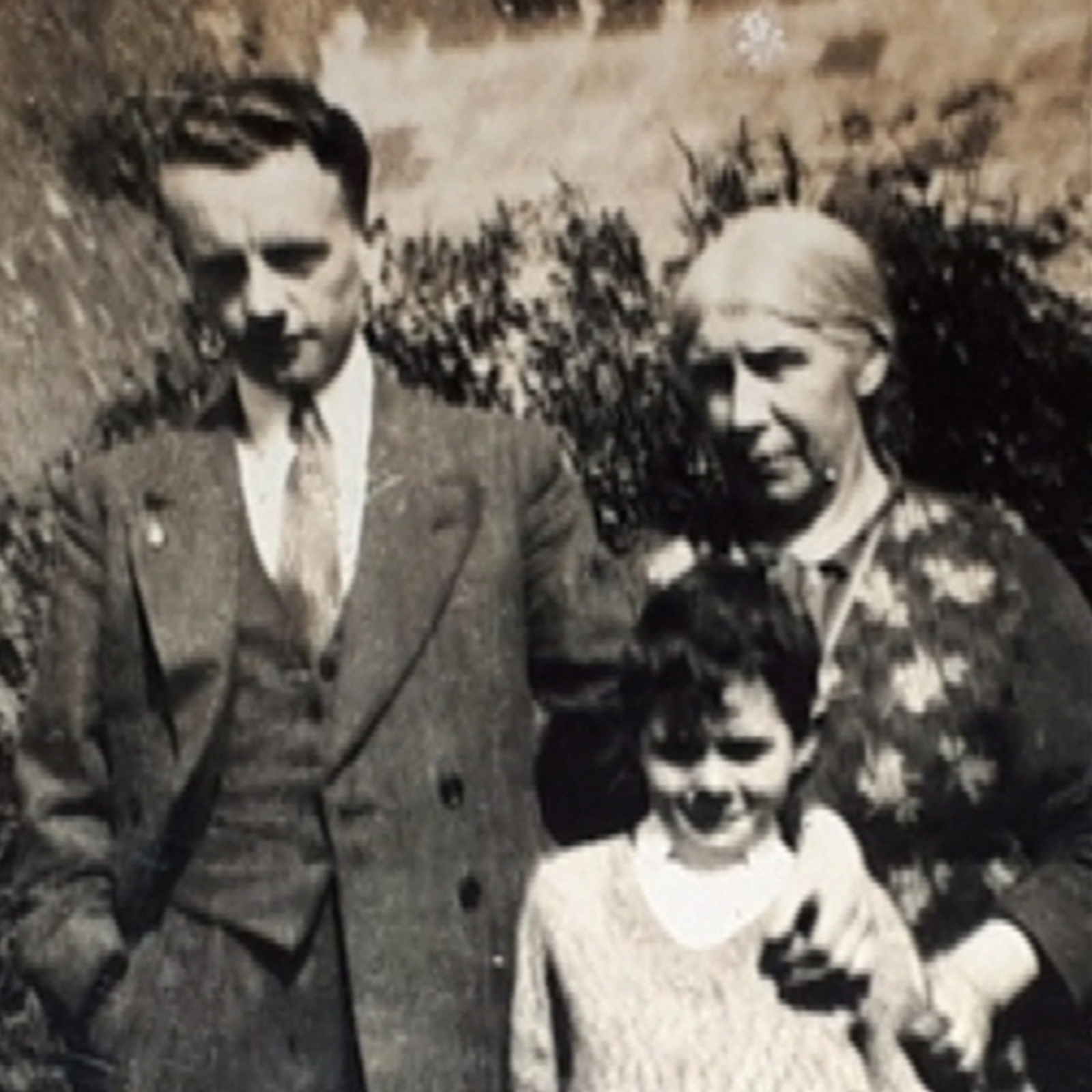 Patrick O'Connell - believed to be the man in this family photograph

Historians, such as Gabriel Doherty of UCC, point out that the full picture of what happened during the ambush has never emerged because the only accounts of detail came from the ambushers.

The two constables had died and one of the council workers suffered a breakdown shortly afterwards.

There is little doubt, however, that the IRA men were quite prepared to kill to achieve their aim that day. Dan Breen would later say he regretted there were only two RIC men instead of perhaps six, as that would have made a bigger impact.

1. Paddy O'Dwyer arrived on his bicycle to inform the ambush party that the explosives are on their way from the direction of Boheratreem (from the west). The gelignite was carried by horse and cart, escorted
by two RIC constables and two council workers.

2. Seamus Robinson (ambush leader) and the scout Paddy O'Dwyer took up positions to the east behind a hedge, north of the road, covering the ambush exit.

3. Four IRA volunteers were positioned behind the hedge along with Sean Tracey (behind the left Pair) and Tadgh Crowe positioned west of the gate.

5. 'Hands Up' was shouted by the volunteers as the cart crossed in front of the field gate . The RIC constables appeared to panic and fumbled with their rifles. Tracey, Breen, Robinson and Crowe opened fire on the constables. In a matter of minutes the two RIC officers were dead. However, the circumstances of their killing remain contentious to this day specifically in relation to the orders shouted by the ambush party and the response of the constables.

6. Robinson and O'Dwyer jump onto the road to control the horse.

7. Seán Hogan, Seán Treacy and Dan Breen captured the cart with the explosives and headed for the townland of Greenane where they were buried. Crowe and O'Dwyer collected the guns etc from the dead RIC constables.

The following is an extract from an account of the ambush by Seamus Robinson:

"Our job was to spring over the hedge the moment the challenge 'hands up' was given, and seize the horse while the RIC were covered. A few yards farther back the RIC had unslung their carbines, but it was clearly just routine. Still, it meant they were ready. The RIC were behind the cart, and, as they appeared opposite the gate, the high-pitched challenge "Hands Up" rang out.

"Before the first sound had time to re-echo Dwyer and I were over the ditch and grabbing the reins. The RIC. seemed to be at first amused at the sight of Dan Breen's burly figure with nose and mouth covered with a handkerchief; but with a sweeping glance they saw his revolver and Dwyer and me - they could see only three of us.

"In a flash their rifles were brought up, the bolts worked and triggers pressed two shots rang out, but not from the carbines: the cut-off had been overlooked: The two shots came from Treacy and Tim Crowe. Those shots were the signal for general firing. At the inquest the fatal wounds were ;caused by small-calibre bullets'.

"When Paddy Dwyer and I landed on the road the horse took fright. I had only my left hand free to catch the reins and when the shots rang out it became frantic; it reared up on its hind legs and tried to break away; the reins slipped about two feet through my hand, but I recovered my grip near the bit when the horse's feet reached the ground again. Paddy Dwyer took charge of him and had him under control at once."

The RIC was a force of mainly Irish men organised along paramilitary lines. Many of its members were Catholics and the sons of farmers, chosen for their "good character, physique and intelligence".

The force was known for discipline and thoroughness. Its records were meticulous, collating everything from intelligence on local IRA activities to local commerce. Its local knowledge was both extensive strategically important in combating the IRA, which is why its members became key targets. 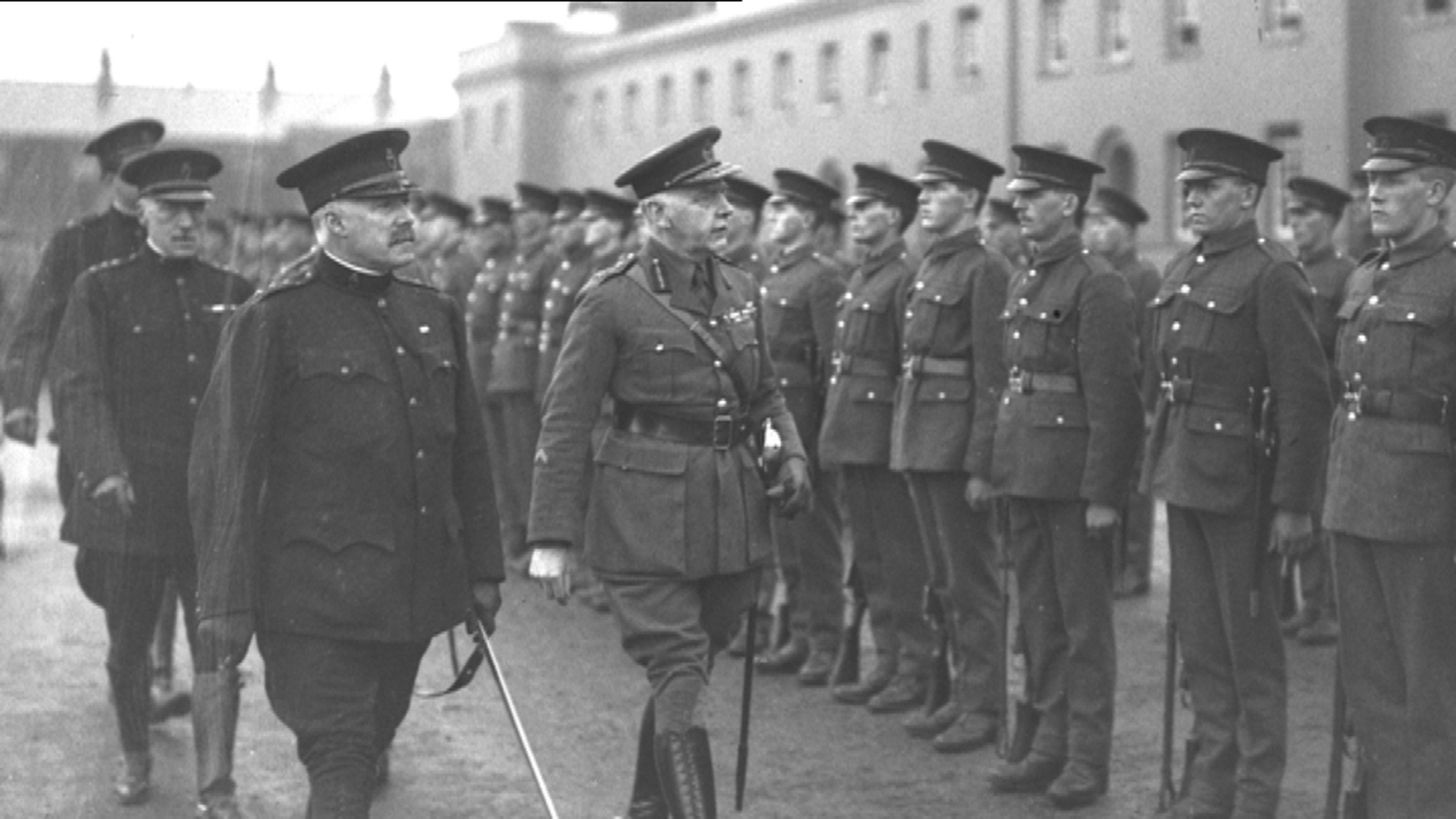 It was a force hated by many Republicans as the eyes and ears of the Dublin Castle and its presence was everywhere. In 1919 there were 45 RIC stations in west Cork alone, but as the war progressed the RIC was made to retreat into larger barracks to defend itself from the increasing level of attacks.

Far more RIC men were killed in this war than were soldiers. By the time it ended in 1921, some 405 RIC men had been killed compared to a figure of 150 soldiers.

Dan Breen remained unrepentant about the activities of the IRA at the period, citing oppression of Ireland and its people as a driving force. He did not, he said, regret killings. 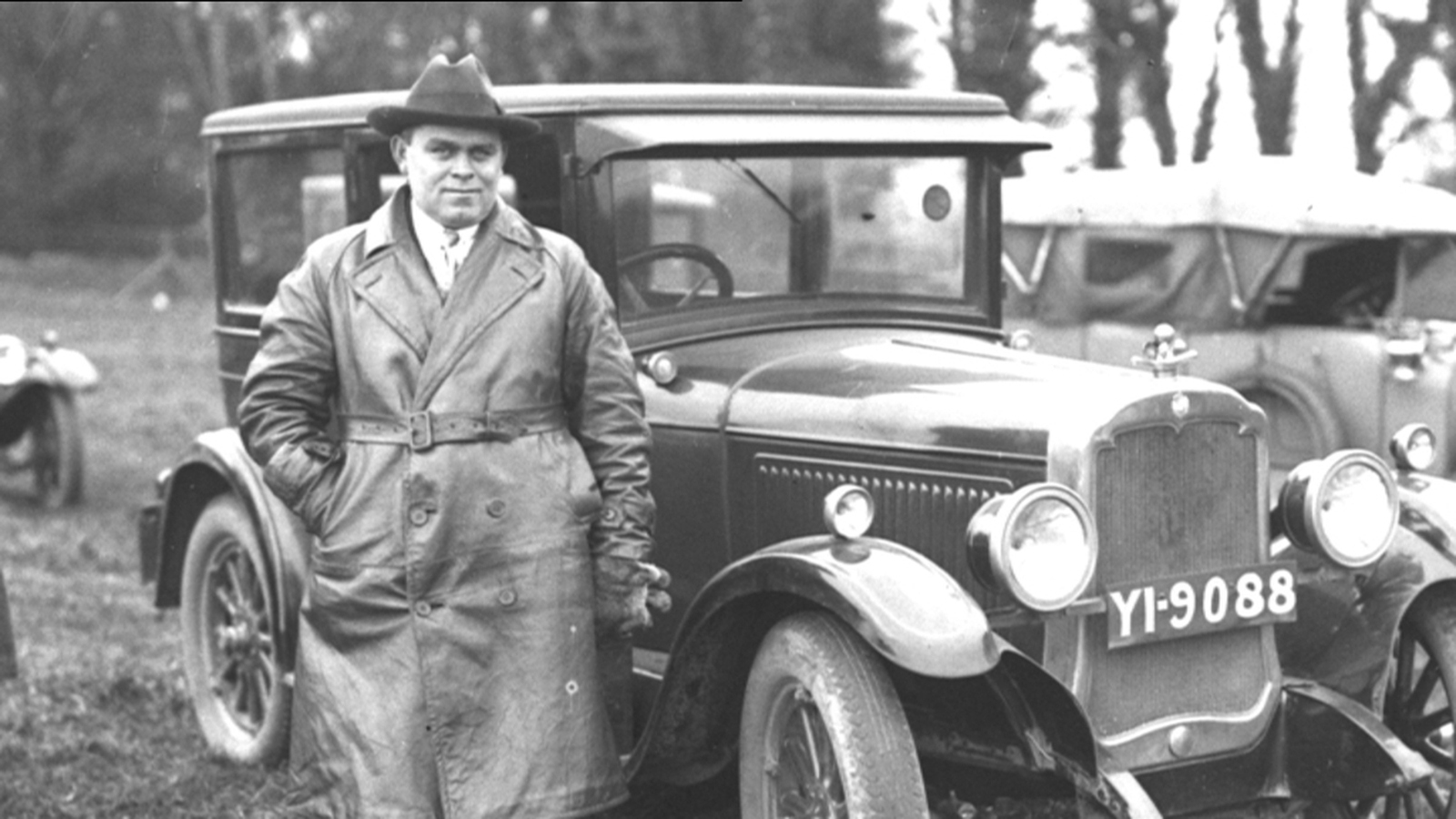 No mention is made of the two constables who died at either of the two marked sites associated with the ambush.

For one of Constable O'Connell's family, the anniversary has made for sad reflection. One relative, Josephine O'Connell, says she does not believe the policemen were ever given "a fair chance" at Soloheadbeg. She points out that Paddy O'Connell's family could not attend his funeral because of fear of further attacks and that his fiancée became a nun after his death.