And the award for the most fitting movie title of the year goes to...

Even with two of the brightest A-listers in the business on board in Jennifer Lawrence and Chris Pratt, Passengers was always going to have its work cut out.

Releasing a sci-fi romance around the same time as Rogue One and just a few weeks after what Arrival has done for head and heart? Talk about lugging extra baggage! And that's before we start in on the quality of the movie...

Well, turns out Passengers doesn't deserve some of the cosmic kickings it has received from reviewers, but it's not in the same universe as Amy Adams in Arrival, Matt Damon in The Martian and Sandra Bullock in Gravity.

If you've serious cabin fever from dealing with too many or too few over the next couple of days it may provide some respite.  If not, just enjoy the company, or splendid isolation.

Buying a ticket for this trip will see you on board the giant Starship Avalon as it heads 120 years into the future to the planet Homestead II with 5,000 colonists on board. On the outside, the Avalon is the same shape as the back wheel of a bike that's been left on O'Connell Street too long, but on board it is a triumph of technology and design.

And then something goes wrong.

Thirty years into the trip the hypersleep pod of engineer Jim Preston (Chris Pratt) opens and as the space-lag wears off he realises no one else is returning from the Land of Nod to keep him company. It'll take over 30 years to get a message back to Earth, so what can this Omega-man-among the many do?

Like its stars, Passengers looks great - gorgeous production design and wish-you-were-there galactic backdrops.  How ironic, then, that the Avalon moves through space in a circular motion, because it feels like the story goes round and round way too long.

At two hours, Passengers needed to shave the flight time by 30 minutes in its examination of our big questions.

There's a dearth of tension for well over half the movie and in genre-jumping from love story to adventure towards the close it feels like the big screen equivalent of doing nothing all day at home and then deciding to clean the house 15 minutes before bedtime. Don't deny that you've been there.

Pratt will have his must-see mojo back next spring with Guardians of the Galaxy Vol 2, while Lawrence looks set to have us gripping the arm rests when she stars opposite Domhnall and Brian Gleeson, Javier Bardem and Michelle Pfeiffer in Darren Aronofsky's Mother. Come the first week of January, the in-flight inefficacy of Passengers will already feel like light years ago - for all of us. 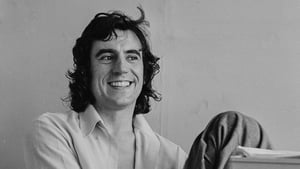 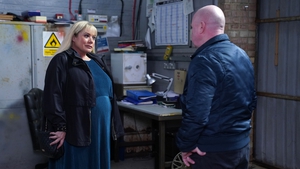 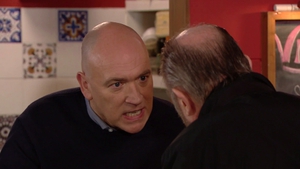 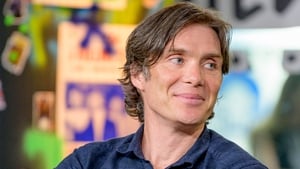 Cillian Murphy stayed shtum to get A Quiet Place 2 ...