In a recent interview with Empire magazine, Keanu Reeves said there was no comparing him to Tom Cruise because the Mission: Impossible mogul "is on another level".

In terms of physicality, the John Wick star is doing himself a disservice, but when it comes to sequel satisfaction, Reeves has hit the bullseye. Six movies in - and counting - Cruise's franchise delivered its best yet with 2018's Fallout. After half that number John Wick is running out of ammunition.

And yet, this third instalment begins brilliantly, just 45 minutes after Chapter 2 ended. 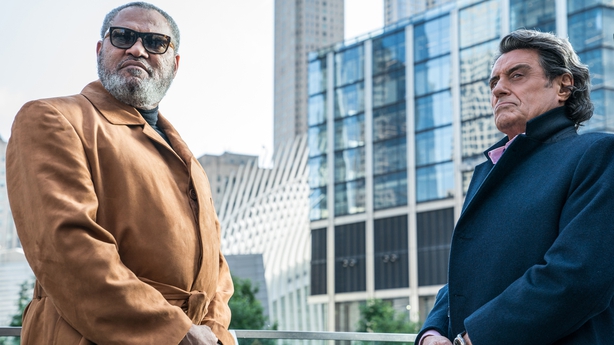 With the overlords of The High Table in even higher dudgeon, hitman-with-a-heart Wick is on the run with 15 minutes of his hour's grace left - and everyone in New York gunning for him.

Sending his dog in a cab to the fabled Intercontinental Hotel, Wick battles to buy himself some time with a great fight scene in a library that gives new meaning to the phrase 'hitting the books'; another with a horse that's the classiest of tributes to iconic stuntman Yakima Canutt; and a third where the knives really are out. And in.

After this hat-trick, however, the playbook starts to feel a bit dog-eared, no pun intended. 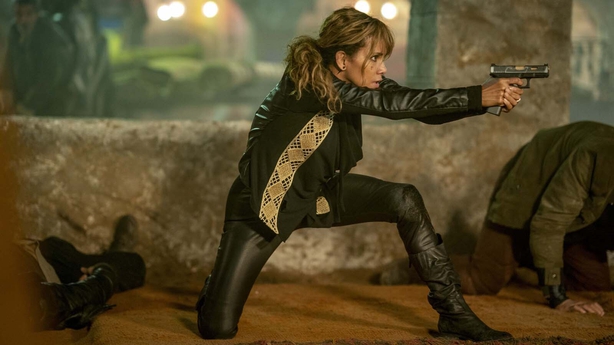 With the dialogue just the shuttle service to the next scrap, the action moves from Manhattan to Morocco - a trip that proves as unnecessary as Rome last time 'round. Prepare a bingo card in advance for all the times you'll be told that John Wick is excommunicado and that someone helped him to escape.

The much-hyped recruitment of Halle Berry to the rampage proves little more than a cameo. That's such a pity, given that her character - North Africa's answer to Ian McShane's hotel boss across the Atlantic - has potential, and Berry's set-piece nous proves to be as finely tuned as Reeves'. 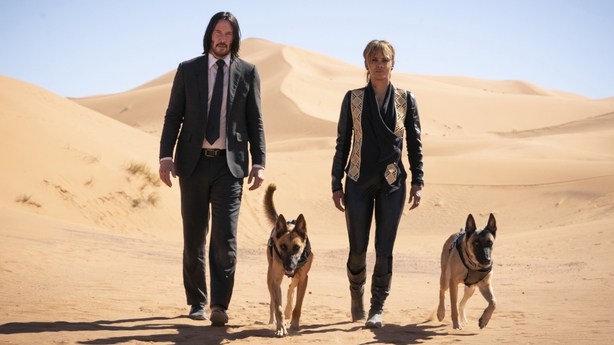 Although the action scenes are again superbly choreographed by returning director Chad Stahelski, his third time behind the lens has far more teflon than tension. The sight of Wick shooting can't-get-the-staff-these-days henchmen with their own guns already felt too familiar in Chapter 2, and the pistol-grabbing here is as annoying predictable as the clip-robbing is clichéd. When Yayan Ruhian and Cecep Arif Rahman - aka 'two of the Raid lads' - show up there's a whiff of desperation rising from all the broken glass.

This is watchable in that Friday-night-in, rather than Friday-night-out kind of way, worth it for the opening 20 minutes and, of course, the dog. If he deserves his own movie then so too does Berry - a low-blow, low-budget spin-off would give Wick himself the chance to stay down for a while.

Friends reunion gets delayed once again 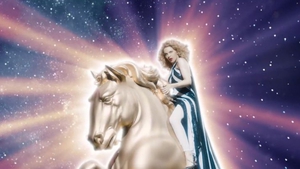 Say Something for the weekend: Kylie's new video