Rampage's recycled plot prevents the action flick from skipping to the next level but its jaw-dropping giant monster sequences press all of the right buttons.

Loosely based on a popular 1980s arcade game, director Brad Peyton’s showy popcorn movie is an all-out action fest with remarkable set pieces and stunning effects. But when it comes to creating original content and compelling characters, the story is prematurely placed on pause.

Johnson, teams up with director Brad Peyton for a third time (San Andreas, Journey 2: The Mysterious Island), this time to flex his muscles as Davis Okoye, a primatologist who has a close bond with George, an albino silverback gorilla.

It looks like it's game over for Davis and his furry pal after a genetic experiment overseen by bio-tech owners (Malin Åkerman and Jake Lacy) goes astray, unleashing a flying wolf, a larger than life primate and a gargantuan crocodile on Chicago.

Enter Dr. Kate Caldwell (Naomie Harris), a scientist who has had previous dealings with the baddies to pull the plug on their scheming ways. 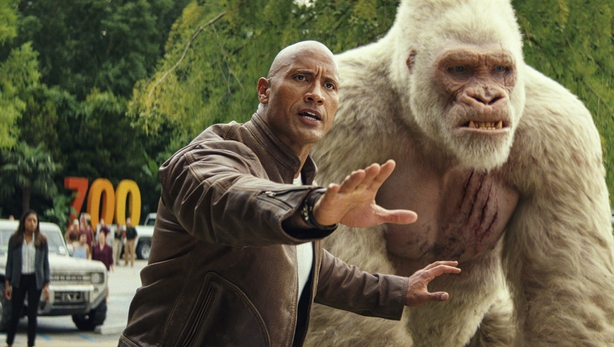 Rampage isn’t groundbreaking material but it is a visually striking thrill, and makes for solid B-movie fun. There are some dazzling moments but the more elements the movie pumps out, the more scattered and disjointed it becomes.

The bromance between The Rock's character and George involves lots of monkeying around and questionable in-jokes. If you don't find an enlarged ape waving around his XXL middle finger at onlookers to be comedy gold, then this movie may just send you bananas.

When it comes to keeping fans of the retro video games satisfied, Peyton told RTÉ Entertainment he packed in just enough Easter eggs in his 105 minute outing to drive gamers bananas.

"I didn’t want to do so many that it got overwhelmingly like ‘why are they doing this’ which it could have easily become. I think that if you’re a fan of the game you’re going to get just enough to be like ‘this is cool’.

"When I went into prep, I got the game for my Xbox just to make sure I wasn’t overlooking anything, and that fans would get what they wanted," he added. 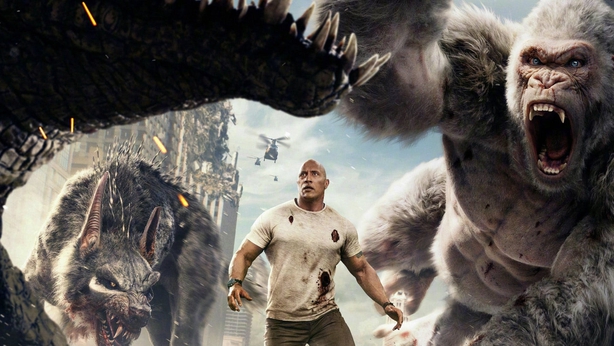 Rampage offers one-dimensional characters, misused actors and a meandering middle act, but when it comes to creating a spectacle extravaganza - it rocks! 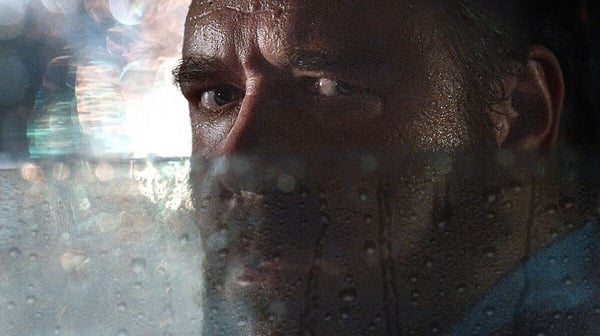 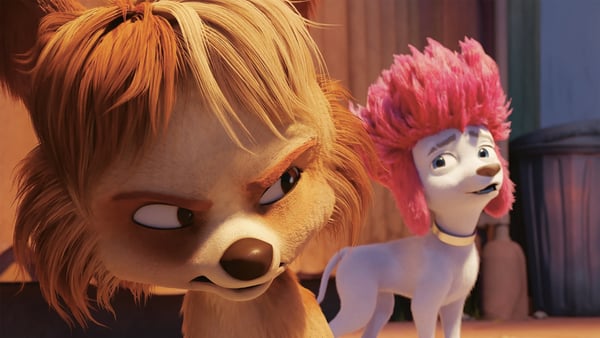