Warner Bros really has it in for San Francisco. Last May, the city was levelled in the studio's Godzilla reboot, and now 12 months later it's on the receiving end of a 9.6 earthquake. With the CGI-fuelled destruction as you'd expect from a summer tent-pole movie, the biggest surprise of San Andreas is that Dwayne 'The Rock' Johnson has to dig a little deeper emotionally amidst the rubble. According to the man himself, that was his reason for signing up for the movie.

He plays Ray Gaines, an LA Fire Department helicopter pilot who saves his ex-wife Emma (Carla Gugino) during a "seismic swarm" involving the San Andreas Fault and then travels up the coast to try to find daughter Blake (Alexandra Daddario), a survivor of the first shockwave in San Francisco. Short of bikes and trains, the duo use every other mode of transport in their race against time, and along the way sort through the wreckage of their marriage. Blake, meanwhile, has teamed up with English brothers Ben (Hugo Johnstone-Burt) and Ollie (young Irish actor Art Parkinson – Rickon in Game of Thrones) to get to higher ground, convinced that Ray and Emma will reach her before it's too late. So are we.

Those who can recite Steve McQueen's lines from The Towering Inferno and Gene Hackman's in The Poseidon Adventure will find that San Andreas is not as quotable, but it is as watchable - albeit with a voice at the back of the head that this may be too much, too soon after recent real-life events. Director Brad Peyton worked with Johnson on Journey 2: The Mysterious Island and here shows his blockbuster credentials and set-piece savvy with a film whose pacing is as relentless as nature's wrath.

As for his leading man, Johnson proves to be as charismatic and cheer-inciting as ever. Within the first few scenes, though, you may find yourself forgetting about his size and thinking more about the everyman trying to reunite his family. And in between the neck-craning moments, there are some touching scenes with Gugino as their characters reflect on how and why they lost their way as a couple. Further up the coast, Daddario and her male co-stars prove to be an exciting trio as they do everything they can to stay alive.

The disappointment with San Andreas is that, unlike The Towering Inferno and The Poseidon Adventure, two really strong actors and their interesting characters don't get enough screen time. With Paul Giamatti playing a seismologist and Archie Panjabi the journalist interviewing him when disaster strikes, Peyton had a chance to generate a lot of claustrophobic tension by spending more time with them. Instead, they end up spouting too much exposition, with the result that the narrative feels like two-and-a-half stories, as opposed to the three it should have been.

Still, like its Seventies forebears and Titanic, this is a film that will receive repeat viewings on smaller screens in the years to come. Right now, try to remember to give what you can to the relief efforts in Nepal after watching. As you've no doubt been asked many times before, do you really need all that popcorn? 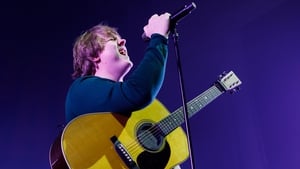 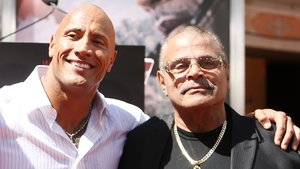 First Dater Rob reveals if things worked out with Leona 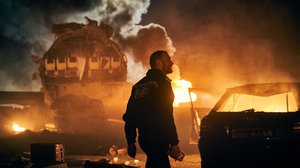 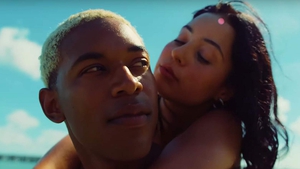