Cometh the 11th hour, cometh 88-year-old Christopher Plummer to help director Ridley Scott salvage his new film when it looked like it could become collateral damage in the Kevin Spacey scandal. As rescue jobs go, this is some show.

Having completed filming with Spacey as billionaire J Paul Getty, Scott reshot Spacey's scenes in a matter of days with Plummer taking over a part for which he had originally been the first choice. Scott's bold move will go down in Hollywood lore. As for Plummer's performance, well, that's one for the books, too. What odds now for him to win his second Best Supporting Actor Oscar in a role that wasn't, then was meant to be?

Based on the true story of the abduction in Italy of Getty's teenage grandson John Paul Getty III (Charlie Plummer - no relation) in 1973, All the Money in the World follows his mother Gail's (Michelle Williams) battle to get him back, and the refusal by "the richest man in the history of the world" to give the kidnappers any of his money. Between immovable object and irresistible force comes Fletcher Chace (Mark Wahlberg), Getty's security expert, tasked with solving the situation "as quickly and inexpensively as possible". Twists, threats and trauma follow, and all the while, the clock keeps ticking.

January is the month to make the cinema a home away from home and sure enough, time needs to be found for All the Money in the World, a film that pulls off the remarkable feat of making you think it was actually made in the Seventies and has somehow found its way to the projector room some four decades later. This is proper old school class of the black Citroen DS variety with Scott once again the curator of gorge-yourself visuals and exquisite period detail. The performances are quite the thing, too.

Like the man he's portraying, Plummer looms over this film as Colossus, his every word adding to the wow factor and showing him at the peak of his powers after 70 years in the business. In dimly lit drawing rooms and clinical boardrooms there's enough electricity generated to power the whole set, with Williams also superb as daughter-in-law who doesn't back down and Wahlberg doing some of his best work as the fixer with a conscience.

Combined, all their performances prove that All the Money in the World works better as a kidnap drama than a kidnap thriller - and that's the film's only failing. Scott's miscalculation doing these numbers is that, having taken artistic licence with the true story (there's a read ahead - and Danny Boyle's 10-part FX series Trust to come, too), he doesn't make his film gripping or urgent enough in the closing stages. Bluntly put, audiences should be holding their breath, but there's no gasping for air as the credits roll.

But don't let that put you off. Not forking out for this film on the big screen would be putting yourself too close to one of JP Getty's own shortcomings - knowing the price of everything and the value of nothing. 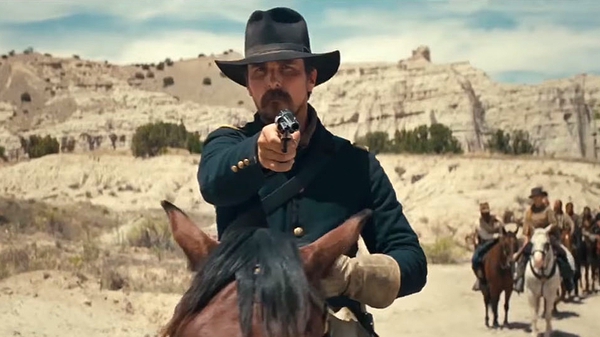 Hostiles a great Western and Christian Bale at his best