David Fincher's very long and very slick adaptation of Gillian Flynn's novel turned phenomenon is a strange affair. The first half is a tense and enthralling anatomy of a possible murder with an extraordinary performance from Ben Affleck as the husband of a missing wife who becomes the victim of media witch hunt and a police investigation when the blame falls on him.

We are never quite sure if Affleck is playing the grieving husband, an apathetic jock, or if he is in deep trauma at the loss of his seemingly perfect spouse and he pulls it off with great verve. There is a real sense of chilling mystery for the first hour and the chimera of who is really who and what is really what is icy and itchily uncomfortable.

But Fincher, in a very un-Fincher move, turns the second half into a rather clichéd caper flick that reminded me of Jagged Edge or something ripped from the pages of a Nancy Drew mystery, only with more blood and a more liberal use of the C word.

The film is saved only by Fincher's brilliantly smooth and witty direction and Affleck and Rosamund Pike’s classy performances.

They play Amy and Nick Dunne, the ultimate Alpha couple, impossibly beautiful and smart. They live in a New York brownstone with the safety net of a trust fund. She is a Stepford replicant, brilliantly blonde and chiselled (although in the second act, she turns into Renée Zellweger), and as the inspiration for a hugely-successful children’s book series entitled Amazing Amy, she is even a minor league American sweetheart. Nick is so handsome he’s “villainous”.

Naturally, their life together is perfect - Amy articulates the feelings of most right-thinking members of the audience when she says, "We're so cute I want to punch us in the face."

When various economic and family problems force them to leave NY and move back to Nick’s hometown in Missouri, crisis hits and the decaying orbit of their marriage starts to disintegrate. Stuck out in suburbia, he opens a bar with his twin sister Margo (a great Carrie Coon) and Amy floats around like Blanche Dubois in a Littlewoods catalogue and gets clucky.

And then, in a spray of smashed glass and a series of unfathomable clues, she disappears . . .

What Gone Girl then actually becomes is two crime scenes with two bodies outlined on the floor. Fincher and Flynn, who also wrote the screenplay, spend the rest of the movie filling in the details of who Nick and Amy really are, revealing them to be less than the perfect modern, have-it-all couple. It’s a clever conceit and Flynn’s `he said/she said' narrative transfers well onto the screen as private lives become a modern American nightmare played out in the media glare.

The performances are uniformly good, especially from the supporting cast. Kim Dickens has maybe a touch of Frances McDormand’s doggedness in Fargo as the chief investigating officer and Amy’s parents (David Clennon and Lisa Baines) are WASPish thoroughbreds who look like they’ve just stepped off the New York charity circuit.

There is also a bravado turn by Tyler Perry as a charismatic defence lawyer who specialises in getting husbands off charges of uxoricide and Neil Patrick Harris is fine as the rich sap who has carried a torch, nay a bonfire of his own sanity, for Amy since high school.

There is vicious fun to be had with the way America’s TV media is excoriated by contrasting two shows that are catnip to a rapt Middle America - the Fox-like bear-baiting of a garish tabloid network and the bespoke "real" journalism of a more responsible news channel.

Gone Girl ticks along entertainingly, winding up the twisty plot again and again and while the book may well have been a page-tuner, the film is a strangely un-Fincheresque experience. The director of such grotesque tales of horror as Se7en and such brilliant dissections of human venality as The Social Network and Zodiac has let surface gloss wash away his darker side.

Fincher and Flynn have made a witty and stylish film based on a wildly successful novel but when Nick starts humming the theme tune to CSI at one point, the irony works in more ways than one. 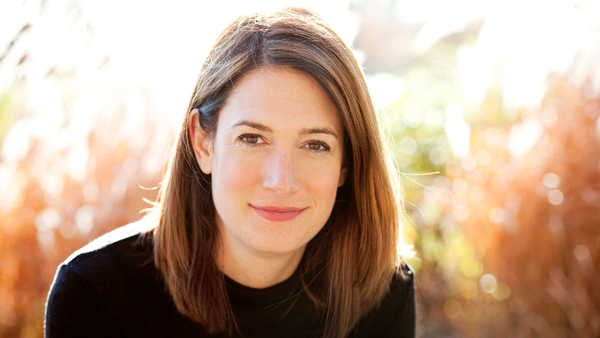