While most of the humour will go over the kids' heads, this is what makes Muppets Most Wanted even more entertaining for adults!

Following on from 2011's The Muppets reboot, which starred Jason Segel and Amy Adams, Muppets Most Wanted picks up pretty much straight after the credits have rolled on its predecessor, with the aptly titled song We're Doing a Sequel.

This time 'round, however, Kermit, Miss Piggy and the Muppets gang have decided to hit the road and are going on a world tour, which, after a rather ominous meeting in a café, is to be managed by a rather shady character called Dominic Badguy (Ricky Gervais), natch.

Unbeknownst to the Muppets, Dominic is actually Number Two to the World's Number One Criminal, Constantine, who bears a striking resemblance to Kermit - albeit for a nasty facial mole.

Constantine and Dominic have cooked up a wicked plan to free the evil frog from his current residence - a Siberian gulag run by feisty prison guard Nadya (Tina Fey) - so that they can pull off the biggest robbery in history, The Crown Jewels in The Tower of London.

Retaining the charm of the seven previous Muppets movies, Most Wanted is loaded with catchy dance numbers and terrific one-liners, and, of course, is jam-packed with celebrity roles and cameos. Ty Burrell stars as a French Interpol agent with a terrible accent who is hell-bent on tracking down those behind a spate of high profile robberies across Europe.

Other well-known faces that pop up include Christoph Waltz, Stanley Tucci, Frank Langella, Salma Hayek, Hugh Bonneville, Tony Bennett and Lady Gaga, as well as our very own Saoirse Ronan.

And Saoirse isn't the only sprinkling of Irish: the Muppets do land in Ireland while on their tour, but you'll have to see the movie to discover what shenanigans they get up to on this fair isle.

I can only imagine that Fey, Gervais and Burrell had a ball making this movie with its hi-jinks and witty script, but most of all because The Muppets, with all their charm, colour and comedy, are as loveable as ever. 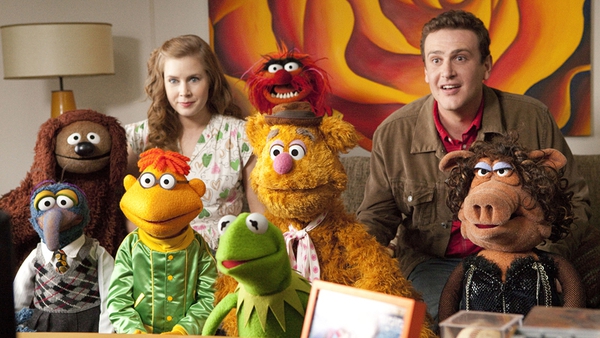