Martin Harris (Neeson) is a man who appears to have it all. A respected scientist, he's heading to Berlin with his gorgeous wife (Jones) where he is scheduled to give the keynote address at a biotechnology conference. So far, so good.

When he leaves his briefcase behind at the airport, however, it unlocks a chain of events that culminates in a car crash that leaves him in a coma. Neeson awakens to discover that his wife doesn't know him and, worse still, she is married to another Irishman with an American accent (Quinn) also called Martin Harris and also in Berlin to give the keynote address at the biotechnology conference. Something is clearly amiss.

'Unknown' has much in common with another of this week's big releases, 'The Adjustment Bureau'. Like that film, the story hinges heavily on a twist of fate, and like that film, the plot quickly develops into a race-against-time thriller. In this instance, Neeson must quickly discover the truth behind this identity theft before the authorities decide it's time for the padded cell.

'Unknown' shot straight to the top of the US box-office on its release but it's an uneven movie experience. On the positive side, Catalan director Collet-Serra (the guy who brought us the psychological thriller 'Orphan') gives 'Unknown' a slick, glossy look and keeps everything ticking over at a good pace.

He's aided by a fine cast, notably Bruno Ganz as a former Stasi operative employed by Neeson to uncover the truth, and Diane Kruger as the Bosnian taxi driver who saves Neeson's life after his crash. On the downside, there are a few too many plot twists (Hitchcock proved you don't have to overcomplicate things) and 'Mad Men' actress January Jones fails to make her mark in a key role.

But this movie is all about Liam Neeson and the big Ballymena man doesn't disappoint. Just as he did in another recent thriller, 'Taken', Neeson commands the camera's attention. Even at the age of 58, Neeson has few peers when it comes to knocking seven bells out of any baddies in his way. And that's something they should have known. 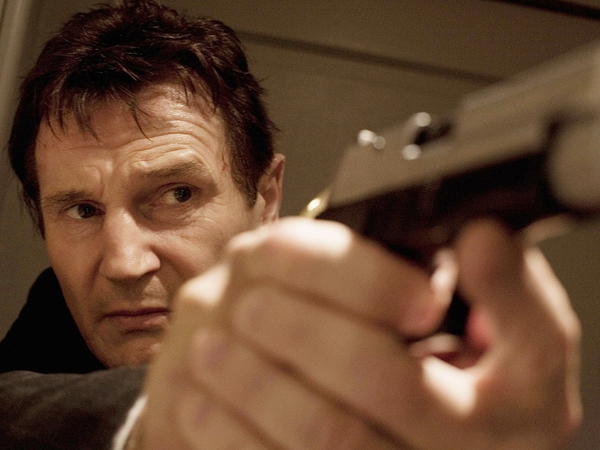