With every spring comes a new round of debates and gripes between friends about the films that did and didn't win at the Oscars. Sometimes there's a film that didn't even make the nominations and you can't understand why. This is this year's. And if 'Gran Torino' proves to be Clint Eastwood's last performance as an actor, perhaps he's saved his very best until last.

The recently widowed Walter Kowalski (Eastwood) is a man who just wasn't built for these times. A Korean War veteran who spent his life working on the Ford assembly line in Detroit, he's racist, sexist, belligerent and can't even muster up any warmth for his two adult sons, their wives or children. In his world he's the epitome of a good neighbour: he minds his own business.

Kowalski's neighbourhood is now dominated by Asian families and his displeasure for them is as equal and vocal as his feelings on anything else in modern life. He just wants to be left alone in his castle: keep off his lawn, don't knock on his door and don't ask for a loan of anything. But when his teenage next door neighbour Thao (Vang) tries to steal Kowalski's Gran Torino as part of a gang initiation ceremony, it forces him to confront his own mortality, his attitude to others and the things he's kept bottled up for all too long.

That Eastwood is still delivering the goods behind and in front of the lens at 78 gives us all hope for old age. His return to form as a director which began with 'Mystic River' continues here and 'Gran Torino' is one of those very special films that tugs at the heartstrings for all kinds of reasons - loved ones passed, kindness shown, friendship earned, fears faced. It's funny and sad but never gets bogged down in sentimentality - a simple story well told.

Watch the video for the film's title song.

This is essentially a western moved to an urban setting through which Eastwood looks at the racial divide in the US and wonders if differences can actually bring people together. Kowalski's diatribes are bound to upset some, but the feeling of authenticity from the character or the hope that it's never too late to change doesn't falter.

Eastwood now looks very old onscreen and he moves like someone who doesn't have to hurry for anybody. There's a real poignancy in watching a man who made his name as a screen tough guy dismantling that image and showing that time catches up with everyone. His performance here recalls John Wayne's last film 'The Shootist' as a man who belongs to another age and is haunted by violence tries to steer a younger generation away from it and impress on them the psychological damage it causes. Eastwood's scenes with his two younger co-stars rank among the most hilarious and tender of his career and, while still finding their way as actors, they bring something very special out in him.

For many, 'Gran Torino' will deserve to be in the company of 'The Shawshank Redemption', 'Sling Blade', 'The Straight Story' and 'The Lives of Others', stories about what it means to love and be loved. Miss it and you miss the opportunity to leave a cinema feeling lighter than you did before you went in. If this is goodbye, it's one of the hardest to say, but you're getting magic memories to go with all the others. 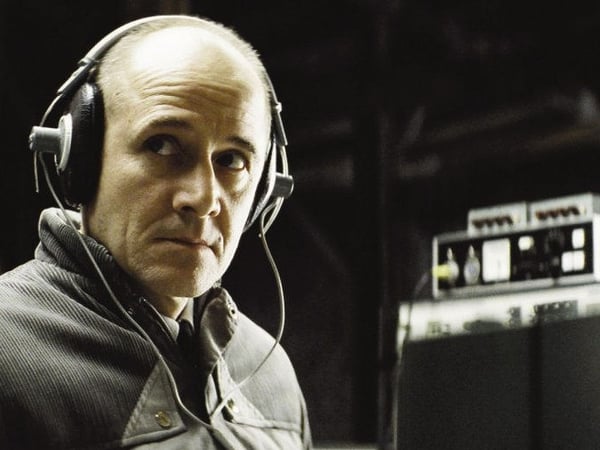 The Lives of Others (Das Leben der Anderen)