If you're one of the cast of millions who watch the Oscars every year only to come away thinking that the wrong film or star won, then you'll also admit in moments of calm that sometimes the right name comes out of the envelope. So while in recent years the Best Foreign Film category has seen 'Downfall' and 'City of God' - it wasn't even nominated! - overlooked, Florian Henckel von Donnersmarck's win this year for 'The Lives of Others' is a case of justice done. Simply put, it's stunning.

Rewinding to East Berlin in 1984, 'The Lives of Others' brings us into the world of Captain Gerd Wiesler (Mühe), a Stasi (secret police) agent whose devotion to his country and conviction that he is doing the right thing seem absolute. Both of these traits mean that he's the perfect man for the job his boss, Lieutenant Colonel Grubitz (Tukur), has for him.

Wiesler is ordered to spy on East Germany's most famous playwright, Georg Dreyman (Koch), and his lover, Christa-Maria Sieland (Gedeck), one of the country's leading stage stars.

The real reason why Dreyman and Sieland have appeared even higher than usual on the Stasi radar isn't explained to Wiesler and, at first, isn't important to him. He approaches the assignment with his usual zeal and clinical attention to detail, meticulously bugging Dreyman and Sieland's apartment and listening in on their conversations from the loft above.

But the more time Wiesler spends as the unseen observer the more questions he has. And with every passing day he gets closer to the crossroads in his life - while the couple down below are soon to arrive at theirs.

While German cinema has received less attention among English-speaking audiences than its French or Spanish-language counterparts, a number of films in recent years have raised its profile considerably: 'Good Bye, Lenin!', 'The Edukators', 'Head-On', 'Downfall' and 'Atomised'.

'The Lives of Others' is as great as 'Downfall' and some will consider it even better. It wouldn't be out of place on any list of the top films of the past five decades and, like the best of world cinema, shows that for all Hollywood's attempts to reach as many as possible, the most affecting and inclusive stories are found away from the West Coast of America. What makes von Donnersmarck's achievement as a director here all the more staggering is that this is his first film.

It's a film that gives you three of the most rich and nuanced characters that you could spend time with and performances that are faultless. The beauty of von Donnersmarck's script is that you identify and empathise with all of them, while the shades of grey become more vibrant with every scene. As the worker ant with more of a mind than his superiors give him credit for, Mühe's performance is both eerily intense and profoundly poignant; Koch is the perfect counterweight as the tender writer while Gedeck combines sacrifice and selfishness as the woman who figures in different ways in both men's lives.

It's further testament to von Donnersmarck's skill as a writer that the most famous icon of East Germany is never seen and is only mentioned in one particular sequence. He's far more interested in the walls these three have built around themselves and the struggle they face between doing the easy thing or the right thing.

'The Lives of Others' runs for over two-and-a-quarter hours and is heavy on dialogue and enclosed spaces, but yet it manages to combine elements of a political drama, thriller and love story and nothing here seems overlong or out of place. It could've probably run for four hours and you'd still be as engrossed, but it closes with an ending that is so perfectly realised and so memorable that you'll be more than willing to return to the cinema on another day for the pleasure of seeing it - and everything else - again.

The words "With gratitude" have a huge bearing in the final scene, managing to say a lot through very little. You'll feel a similar depth of emotion towards von Donnersmarck and his cast. 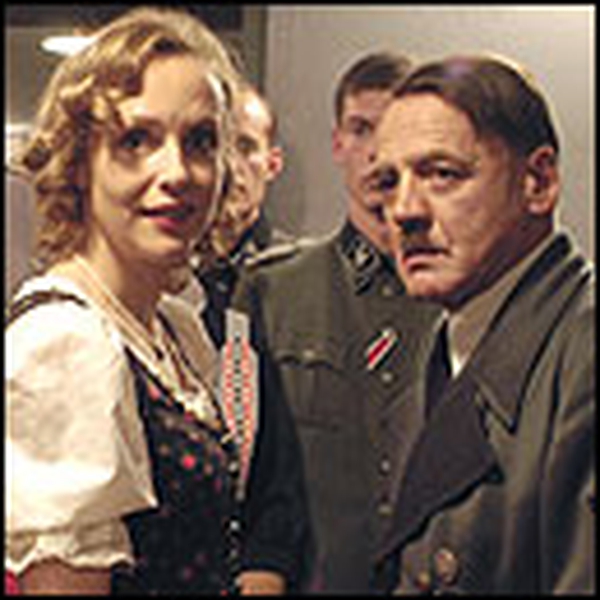