Belfast director Kenneth Branagh and star Judi Dench have received the honour of 'freemen' of the town of Stratford-upon-Avon in Britain's West Midlands.

The award-winning actors exercised their right to herd sheep along Sheep Street after they were bestowed with the title.

The pair, on a visit to the home of the Royal Shakespeare Company, were pictured laughing with the Mayor of Stratford-upon-Avon, Kevin Taylor, after he presented them with the award.

The certificate, which grants them honorary freedom of the town, reads: "In recognition of eminent services to the world of theatre and to the works of William Shakespeare." 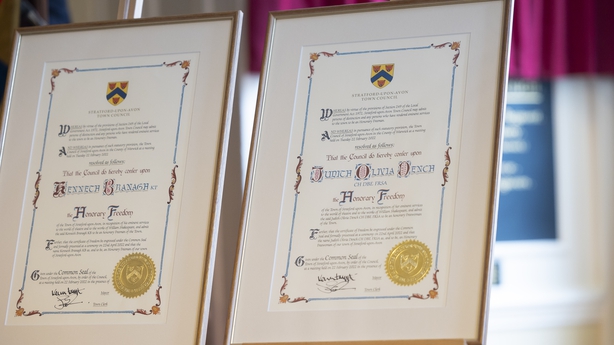 The decision to grant Branagh and Dench the honour was taken at a special council meeting on 22 February.

During the meeting, the mayor said Branagh first appeared with the Royal Shakespeare Company in Henry V and later starred in Love's Labour's Lost and Hamlet while, in 2001, the Shakespeare Institute made him an honorary doctor of literature.

He also directed and starred as Shakespeare in the film All Is True alongside Dench and Ian McKellen.

Belfast writer-director Branagh, who won the Best Original Screenplay Oscar last month, received the freedom of his hometown of Belfast in 2018. 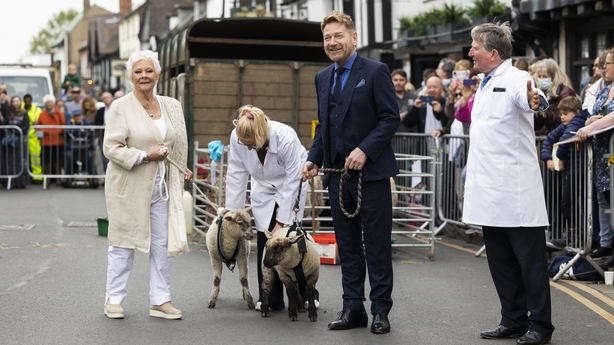 Belfast star Dench won an Oscar for her performance as Britain's Queen Elizabeth I in Shakespeare in Love and was previously awarded the freedom of York and London.

The historic origins of the honour of freeman can be traced back to the 12th and 13th century and is bestowed upon "persons of distinction" and those who have "rendered eminent services to the council's area".