Belfast writer-director Kenneth Branagh won the Best Original Screenplay Oscar at the Academy Awards on Sunday night, saluting his hometown and "the fabulous Island of Ireland" in his acceptance speech.

Branagh's win was one of the heart-warming highlights of a ceremony that was later rocked by an onstage incident involving Best Actor winner Will Smith and award presenter Chris Rock.

Collecting the award for Best Original Screenplay, Branagh said: "This is an enormous honour for my family and a great tribute to an amazing city and fantastic people."

Watch some highlights from the Oscars 2022:

He continued: "This story is the search for joy and hope in the face of violence and loss.

"We lost some people along the way."

Branagh's win was Belfast's sole honour of the night. It had been nominated in seven categories.

The biggest winner of the night was Dune, with the sci-fi epic winning six Oscars, dominating in the technical categories and also securing Best Score for Hans Zimmer.

CODA, which includes Irish actor Ferdia Walsh-Peelo, among its cast, won the top prize of the night, Best Picture, becoming the first film from a streaming service, Apple TV+, to take the honour. It also received the awards for Best Adapted Screenplay for its director Sian Heder and Best Supporting Actor for star Troy Kotsur. He became the first Deaf male actor to win an Oscar.

The Power of the Dog's Jane Campion became only the third female filmmaker to win Best Director, following in the footsteps of Nomadland's Chloé Zhao and The Hurt Locker's Kathryn Bigelow. Campion's film had led this year's shortlist with 12 nominations. Her Best Director win was its only Oscar.

However, it was the incident involving Smith and Rock that will be the main talking point of the 94th Academy Awards - for all the wrong reasons.

Smith stormed the stage and hit Rock in the face after the comedian made a joke about his wife Jada Pinkett Smith.

The ceremony never recovered from the shock, with Smith tearfully apologising to Oscars organiser the Academy of Motion Picture Arts and Sciences as he accepted his Best Actor award for King Richard.

It made for a difficult watch as the audience in the Dolby Theatre - and at home - tried to process what they had just seen.

In a tweet after the ceremony, the Academy wrote: "The Academy does not condone violence of any form.

"Tonight we are delighted to celebrate our 94th Academy Awards winners, who deserve this moment of recognition from their peers and movie lovers around the world."

The Winners in Full:

Best Director
Jane Campion, The Power of the Dog

Actress in a Leading Role
Jessica Chastain, The Eyes of Tammy Faye

Actor in a Leading Role
Will Smith, King Richard

Actress in a Supporting Role
Ariana DeBose, West Side Story 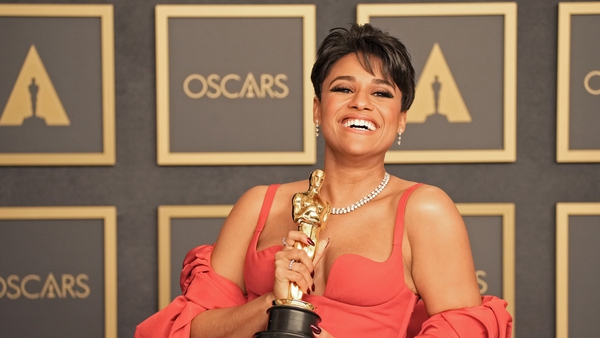