Patrick O'Sullivan's One Night, One Kiss, One Promise has been revealed as the fifth song in the race to represent Ireland at the Eurovision Song Contest in May.

Accomplished singer and performer Patrick O'Sullivan achieved a degree in Musical Theatre from The Arts Educational Schools in London on a full scholarship awarded to him by the college principal, Andrew Lloyd Webber. Graduating in 2015, Patrick immediately went on to star in the European premiere of Carrie - The Musical in London’s West End. He has also performed with The Book of Mormon, The Wind in The Willows, and Doctor Dolittle and worked directly with Meat Loaf on the production of Bat Out of Hell - The Musical.

In late 2021, Patrick appeared on the RTÉ singing game show, Last Singer Standing. His performance of Cher’s Believe in the grand finale received massive praise from the show’s panellists, Nadine Coyle, Joey Fatone, and Samantha Mumba. Patrick was voted the eventual winner of the show, taking home €25,000. In December 2021, Patrick released a charity Christmas single, The Hour Before Christmas in aid of The RTÉ Toy Show Appeal.

Patrick says: "I have always loved Eurovision; I grew up watching it with my family and have fond memories of the whole family sitting down to watch it together. I love how it has evolved over the years and has grown to incorporate so many more elements of the performance beyond singing.

"It's the highest honour you can have, to represent your country. It would be a privilege and a dream come true. One Night, One Kiss, One Promise is a story about a modern romance, it's a love story set to a fantastic upbeat melody."

A total of six songs were selected from hundreds of entries received by RTÉ following a callout for submissions last September.

The artists will perform the selected songs on a special Late Late Show on February 4, where the winner will be chosen by a combination of national jury, international jury and public vote and go on to represent Ireland in the Eurovision Song Contest in Turin, Italy, in May. 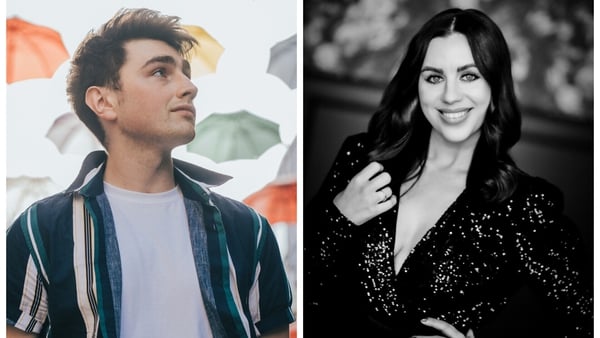