Ryan Tubridy has announced that the Late Late Show will welcome back a "very, very small" audience for the start of its new season on Friday night on RTÉ One.

The host made the announcement on his RTÉ Radio 1 show on Monday morning as he pondered whether he could reveal any details of the Late Late Show's line-up of guests.

"We have a very, very small audience for the first time in... What was it? Forty-nine shows we did straight without an audience?" he told listeners.

"Now, that to me is a whole lot better than an audience of nothing. So, I'll take 28 because as a show-off that loves attention, that'll do me fine! I'll be able to bounce out. The alternative is like playing squash with a flat ball... This is much better.

"So, that's a good start. And then I'll start telling you about the guests during the week because they're terrific." 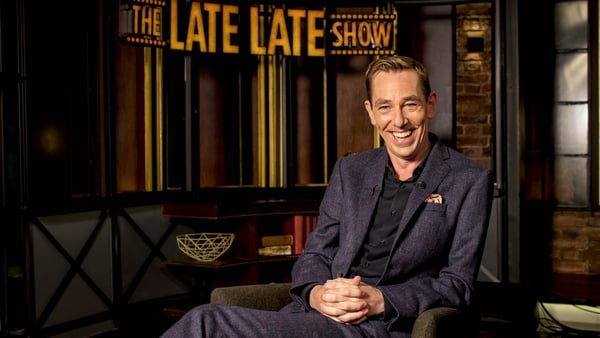