Journalist Piers Morgan has accused Britain's Duke and Duchess of Sussex of "complete hypocrisy" over their interview with Oprah Winfrey and said he has the "universal support" of the British public.

Morgan left his job on Good Morning Britain last month after saying he did not believe what Meghan Markle had told Winfrey.

The Duchess said she was ignored when raising concerns about her mental health and that racist comments had been made before the birth of her son, Archie.

In his first TV interview since he departed Good Morning Britain, Morgan spoke to US conservative news personality Tucker Carlson and stood by his comments, accusing the couple of the "most extraordinarily disingenuous smear, hit job" on the British royal family.

He said he has the backing of the public: "Old, young, black, white, it didn't matter. They've been coming up to me in their droves all day every day."

Morgan said people either agree with his comments on Meghan or defended his right to free speech.

"The British people have seen through this," he told the Tucker Carlson Today programme on the Fox Nation streaming service.

Morgan said he has received a "lot" of job offers since leaving Good Morning Britain and explored the circumstances surrounding his departure.

He briefly walked off the set after a row with weather presenter Alex Beresford.

Morgan described his former colleague as "the stand-in weather guy who does the weather occasionally".

He added: "He's not a journalist. But he's somebody I've helped with his career a number of times when he's asked me to."

Morgan accused Beresford of a "premeditated attack... on a personal level".

Morgan said he should not have walked off the set.

He said he "didn't particularly like it", but suggested she was "in the grip of fear".

Morgan added: "I honestly think she was in the grip of fear. I think she was fearful that if she went too far in saying nice things about me, the same thing might happen to her, that there would be a huge Twitter pile on."

If you have been affected by issues raised in this article, please see: www.rte.ie/helplines. 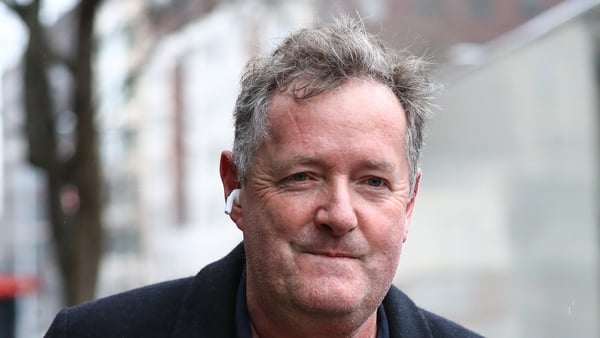