Wolfwalkers directors Tomm Moore and Ross Stewart of Kilkenny's Cartoon Saloon have said they will continue exploring Irish myths and legends in their next film, following their Bafta, Golden Globes, and Oscar nominated run of success.

Seven years in the making, Wolfwakers has been nominated for a Bafta for Best Animated Film and it follows Cartoon Saloon hits, The Secret of Kells and Song of the Sea, which were both nominated for Oscars.

The film, which stars Irish newcomer Eva Whittaker, Honor Kneafsey, and Sean Bean, tells the story of an English girl in Kilkenny during the Cromwellian conquest of Ireland in the 17th century who befriends a Wolfwalker, a flame-haired changeling who lives in the local woods and leads a company of wolves.

Asked about their next project, Stewart, who is also an acclaimed painter and artist, told RTÉ Entertainment, "We’ll keep it Irish. Tomm and myself have always been interested in Irish folklore and I think the stories that I’ve been really interested in have been some of the old Irish myths and legends that have a darkness to them, this darker, macabre tone to them. 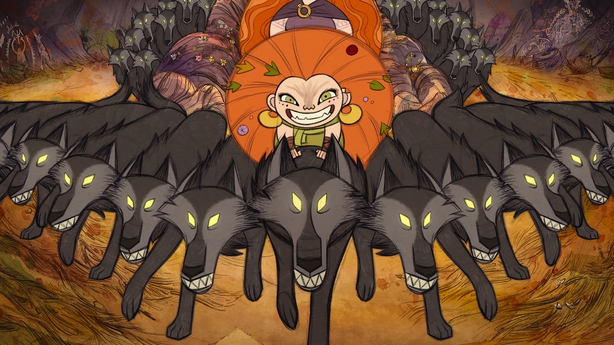 "I think we’re seeing now that family-friendly animated films don’t have to be all sugar and sweetness and light," he added. "They can have a darkness to them because I think kids respond well to that.

"We grew up on the Roald Dahl books and there was a darkness to those that was scary but thrilling and I think the old Irish myths and legends have that too so I’d be willing to explore that a little more."

Moore said there are no plans for Wolfwalkers sequel. "No, I don’t think we do sequels per se, it would be unusual if we did that but we do tend to continue in the same vein, so we’ll see. The next few films that we do will be quite different. Who knows what’s down the line?"

Speaking earlier this week about the Bafta nomination, which pits them against Soul and Onward in the Best Animated Film category, Moore said, "I am surprised and delighted. I always feel it’s amazing that we get nominated.

"We’re coming out of nowhere, we’re in the middle of Ireland, we made a movie for €10 million and we’re up against these huge $100 million movies from Pixar who have a massive legacy behind them . . .

"I think Soul in particular is a brilliant film and hard to beat, but I’m just happy to be in the final three, which is pretty amazing for us, so I’m just revelling in that."

Stewart said he thinks Wolfwalkers became such a global hit because the film chimed with viewers’ need for fantasy and escapism during the pandemic.

"People are really excited to get away from the real world and being stuck at home," he said. "But also, there’s an old-world charm to it, like a fable or fairy-tale thing, and maybe that hasn’t been done in a long time now.

"We wanted to hark back to the old Disney films we grew up with and a lot of the animated films in the last few years have been very contemporary.

"Wolfwalkers goes back to something a little bit older so maybe that’s fresh now because it hasn’t been done in a while and maybe adults got a nostalgia value and for young kids maybe they haven’t seen anything new that deals in such a old world charm to it." 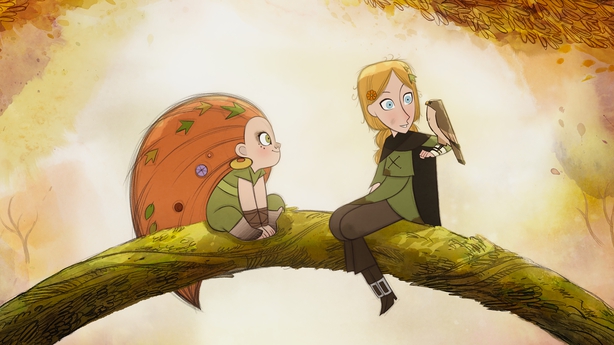 Nick Rowland’s Calm with Horses, which was filmed in Clare and Galway, has also been nominated for four Baftas, including Best Supporting Actor nods for Niamh Algar and Barry Keoghan, Outstanding British Film, and Best Casting for Shaheen Baig.

The Bafta winners will be revealed on April 11th.