Director Nick Rowland has said he feared his career was over while shooting his four-time Bafta-nominated debut film Calm with Horses in the west of Ireland.

The film, which has received Bafta nods for supporting actors Barry Keoghan and Niamh Algar, casting director Shaheen Baig, and a nomination for Outstanding British Film, tells the story of an enforcer for a drug-dealing family and was shot in Galway and Clare.

"But honestly, there were several points during production where I thought my career was over, so I'll definitely take this as a win. Honestly, I genuinely can’t believe it, especially as there are so many great films in all the Bafta categories. I’m so thrilled.

"Obviously, we put a lot of love and hard work into the film and to see it being recognised by the Bafta voters is really mind-blowing and I’m just so happy."

The film, which is available to view on Netflix, is Rowland’s debut feature following his work on a series of shorts after he left film school and his work on television, including directing episodes of Ripper Street.

"I’m just so delighted for Niamh and Barry because it’s such a strong group of films and it’s been a tough year for everyone in the industry.

"Our film came out three or four days before we all went into lockdown and there were points where I worried that we’d never find an audience so to be here now receiving these four nominations is incredible and hopefully it means more people will see the film."

Rowland also praised Cosmo Jarvis, who plays the lead role of Douglas 'Arm' Armstrong in Calm with Horses, but who failed to get a nomination. 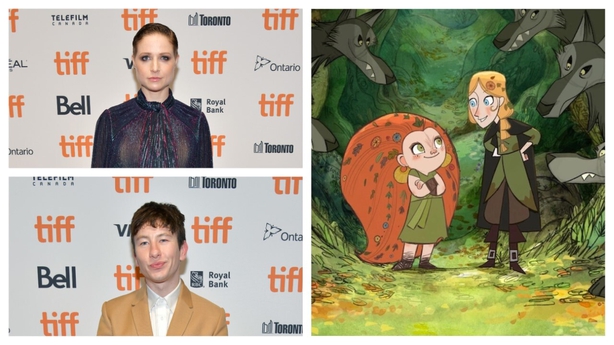 Calm with Horses is an Element Pictures production in association with Altitude Film Entertainment; developed and co-financed by Film4 and Fís Éireann/Screen Ireland with the participation of The Western Region Audiovisual Producer's Fund/WRAP Fund.

It will be shown on RTÉ at a later date.

The winners will be announced on Sunday, April 11.