The South Westerlies star Orla Brady has told RTÉ Entertainment that she was moved to tears on her first day of filming A Girl from Mogadishu, the story of Irish-Somali activist Ifrah Ahmed and her campaign against female genital mutilation (FGM).

The just-released biopic from writer-director Mary McGuckian tells the story of how Ifrah Ahmed (played by American actress Aja Naomi King) escaped as a teenager from her conflict-ravaged birthplace.

She was brought to Ireland by people traffickers who had assured her that she was travelling to be with her aunt in the United States.

The award-winning Irish-Belgian co-production follows Ifrah Ahmed as she overcomes the isolation of being a refugee, sharing her own experiences as a survivor of FGM and gender-based violence to become a force for change around the world. Among those who help her is former Irish MEP Emer Costello, played by Brady.

"I was in the middle of another shoot and it was a tricky thing to get time off, but I was so keen to be even a small part of this movie having met Ifrah," Brady recounted.

"Ifrah's story is extraordinary enough, but then when you meet her you instantly sense her optimism and her firm resolve to 'not be silenced' on a subject where silence has been part of why this practice prevails."

"Also, though, you sense a joyousness about her, a determination to acknowledge what has happened but not let that be her identity," Brady continued. "She is, simply, great craic. I admire her, and so I wanted to be part of telling her story."

Brady also paid tribute to her co-star King for how she "captured" Ifrah Ahmed's spirit on screen.

"On my first day I had to play a scene where I simply listened to Aja - playing Ifrah - speak at the UN and it was all I could do to not cry listening to her... a stunning performance."

King told RTÉ Entertainment that working on the film had been "one of the greatest acting challenges of my life thus far".

"Its value to me has been incalculable," she added. "I am deeply grateful for the education Ifrah has provided me with and her persistence in ending a practice that is detrimental to women everywhere." 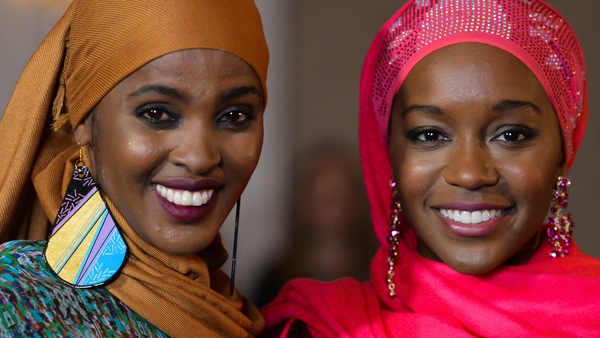