The stars of Line of Duty have completed filming on the eagerly-awaited sixth season in Northern Ireland.

Adrian Dunbar, Vicky McClure, Martin Compston and new co-star Kelly Macdonald were told that it was a wrap at the start of the week. The series will premiere on BBC One next year, with executive producer Simon Heath promising that fans are "in for a treat".

Line of Duty had returned to filming under Covid-19 safety protocols in August.

Creator and showrunner Jed Mercurio said: "Thanks so much to our brilliant cast and crew who applied rigorous Covid safety measures to deliver Line of Duty six to our wonderful fans.

"We're all immensely grateful to World Productions and the BBC for the unswerving support they've given us in a time of unprecedented challenges to UK television production."

To mark the end of filming, two images of Macdonald as Detective Chief Inspector Joanne Davidson - "the senior investigating officer on an unsolved murder case, whose unconventional conduct attracts the attention of AC-12" - were released. 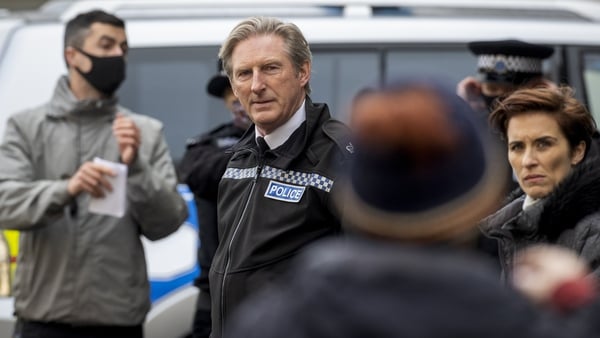