They didn't float up the Lagan in a bubble, but Line of Duty stars Adrian Dunbar, Vicky McClure and Martin Compston have been filming in Belfast as fans continue the countdown to the eagerly-awaited sixth series of the BBC police drama.

The scene saw Hastings arriving at the show's Decker Avenue police station, where he was greeted by his colleagues.

Filming on Line of Duty resumed last month under Covid-19 safety protocols. The sixth season will premiere on BBC One next year. 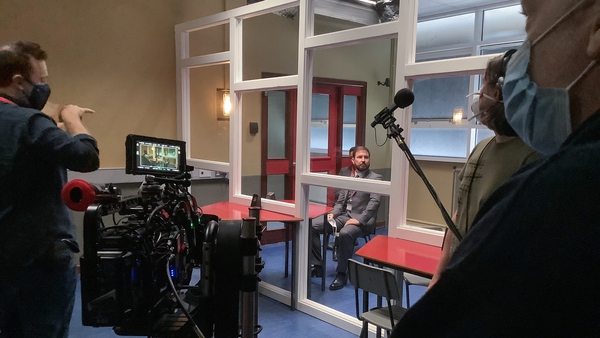