Emily Blunt was so worried about a stalker while she was filming her new movie, Wild Mountain Thyme, in Co Mayo last year that Gardaí were put on alert.

According to The Sunday World, the Ballina division were informed that an Italian mega fan of Blunt might turn up in the vicinity.

The paper said that a nationwide alert was issued to ports and airports regarding the stalker, who has been known to have contacted Blunt many times in the past and travelled to her filming locations.

The alleged stalker did not travel to the Mount Falcon Estate when Blunt arrived in Mayo in September 2019. She stayed there for 12 weeks during filming of the new movie and initially rarely ventured outside the grounds of the estate.

However, after a few weeks, she was pictured a number of times in Ballina.

Social media had a field day last week when the trailer for Wild Mountain Thyme was released, with many joking about Blunt and co-star Jamie Dornan's Irish accents.

Dublin Airport and the Leprechaun Museum were among those who poked fun at the movie, which is yet to have an Irish release date.

In October, both Blunt and Dornan spoke to People magazine about mastering the Irish accent for the movie.

Blunt, who has a home with her husband John Krasinski outside the village of Goleen in West Cork, told the magazine that she had "a tougher time" with it than her co-star.

However, she said that Dornan had assured her that she "sounded Irish". 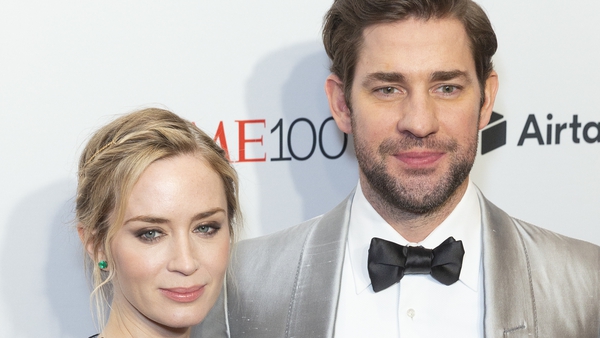