26 years to the week since its release and on what would have been John Lennon's 80th birthday, classic Dublin band Revelino have reissued a remaster of their much-loved debut album on vinyl for the first time

"My predominant memory is just laughing all the time because it was a very funny group of people." Bren Tallon, singer, guitarist and one-time rising star of Bohemians football club, is looking through the back pages of Revelino, the nineties Dublin band he fronted and who melded sixties pop classicalism with guitar pop attack.

This band of brothers, which also featured drummer Shane Rafferty, bassist Alan "Monty" Montgomery, guitarists Bren Berry and Tallon’s younger sibling Ciaran, spent most of the nineties living their own rock `n’ roll dream and as anyone who’s been in a band, big or small, will tell you it was a giddy mix of joy and heartbreak, highs and lows and almost constant partying.

Already students of classic sixties pop bands like The Byrds, they looked like refugees from 1966 (Tallon is a dead ringer for Allan Clarke from The Hollies), with Berry’s trusty 12-string Rickenbacker bringing shades of early R.E.M. to the mix.

"Being in a band is a psychodrama. We shared a house, we were a tight group, we were very good friends, we still are great friends,"

These young polo-necked neo-beatniks in brown suede jackets and Chelsea boots wanted to look like the cover of Rubber Soul and sound like its contents. Heck, who doesn’t? Their sixties retroism seemed well timed and the effervescent beat music with psychedelic leanings professed an undying love for the three Bs - The Byrds, The Beatles and The Beach Boys.

Revelino had already gone through previous incarnations as paisley-shirted jangle masters Crocodile Tears (former member Ian O’Donoghue’s younger brother Danny is now the frontman of The Script) and The Coletranes, before renaming themselves in a rock `n’ roll corruption of Brazilian football hero Roberto Rivellino and releasing their much-loved self-titled debut album in 1994, the year Britpop broke.

It was a splendid collection of power pop and poignant ballads and this weekend it’s finally re-released on vinyl as a remaster with a bonus EP on yellow vinyl featuring five previously unreleased tracks.

Our remastered debut "Revelino" is released on vinyl today for the 1st time plus a beautiful bonus 6-track Yellow Submarine Vinyl EP in all good record shops nationwide and on download from #Bandcamp.
Thanks for all the good vibes & Happy 80th Birthday John Lennon!#revelinomusic pic.twitter.com/Ss8l4JXYP9

Revelino reborn is a brighter sounding version of an already great debut, from the languid and lysergic Happiness is Mine to the more full on Pixies guitar attack of My Bones, the strident 12-sting Rickenbacker ring of Taking Turns, to the sky-scraping pop joy of Hello, and from the kick and squall of That’s What Emily Says, to the elegant chamber pop of She’s Got the Face.

The record was born from a determined work ethic and a DIY approach after the band had gone through the usual rites of passage music industry blues with The Coletranes. Following well received demos and a top 5 hit in Ireland but no serious interest from record labels, a rethink was called for.

They took a break and moved into a house together and concentrated on sculpting the songs that would appear on their debut album. "I started writing songs and they came quite quickly and we went into rehearsal and we just said to each other let’s just fund this album ourselves and if a record deal comes along, great." recalls Tallon.

"By the time the debut album came out we had an audience and the band was getting attention straight away because we had something to release and we were getting played on the radio."

"When we started off as the Coletranes, we all had jobs, but we all loved this thing and we decided that we would all give up our jobs for the trial period of a year, but we didn’t sit around. We literally practised five days a week from 10 o’clock in the morning until 5 every evening. We threw ourselves in the deep end and within a year we were a very tight band and we had developed a sound and we were doing complex harmonies and arrangements."

The whole album was remixed in one night by the band and Paul Thomas, who has previously worked with U2, Clannad, Moving Hearts, Kate Bush, UB40, Rory Gallagher, and Phil Lynott.

"As you can imagine, doing it one night wasn’t ideal," says Tallon ruefully. "I remember the sun coming up just as we finished the last song and everybody was asleep all over the floor and me and Paul were the only people struggling to keep our eyes open and you’re not making the best decisions . . . " 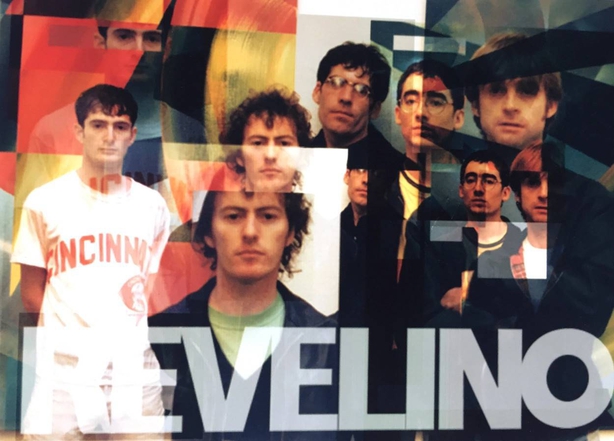 During lockdown, epic Zoom chats between the five members, their crew and former manager dredged up memories of their time together and a plan was hatched. "Everyone’s dream is to put out an album on vinyl and it’s great that vinyl has returned," says Tallon. "We said at the end of all this let’s have a website and get the album remastered."

This time around, the record has been pressed by the industrious Dublin Vinyl and comes with a bonus disc of a yellow vinyl EP of unreleased tracks remastered by Joe Chester on his 24-track one-inch tape desk in his studio in France.

Just remembered another bit of that weird dream... pic.twitter.com/of1bleOlcx

Looking back on that heady era now, Tallon will tell you that it was an adventure. Dave Fanning and RTÉ tv’s No Disco played their songs off the air, Hot Press critics voted Happiness is Mine the third best single of the year, and the following year, the band landed nine top five places in the magazine’s Readers Poll including No 1 best new act. 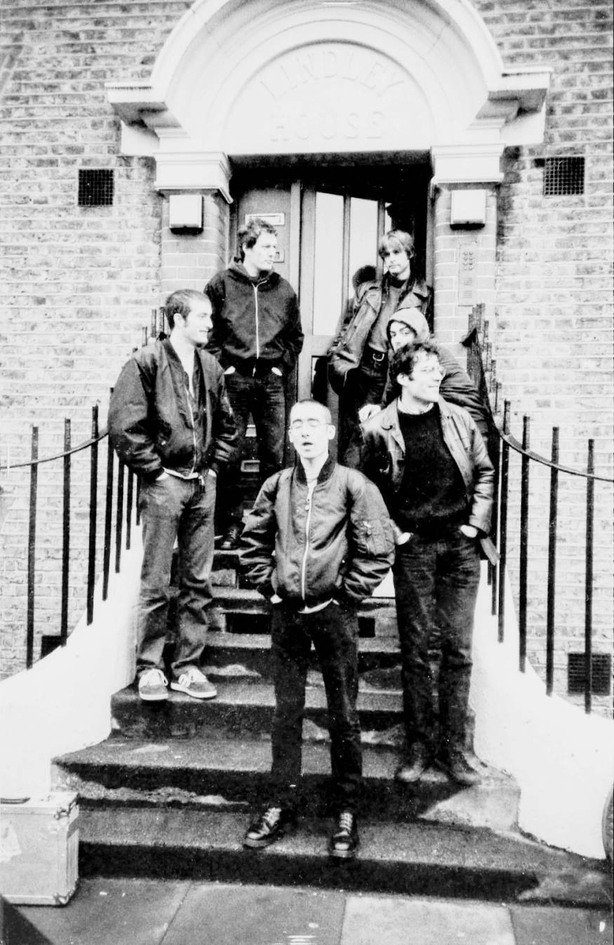 The single Don’t Lead Me Down featured in two film soundtracks - British gangster movie Hardmen and Irish cult comedy crime classic, I Went Down, which was written by Conor McPherson, directed by Paddy Breathnach and featuring a cast including Brendan Gleeson and Peter McDonnell.

Revelino also played a support slot with Neil Young on his Mirrorball tour and in 2001 opened for Bob Dylan in Kilkenny’s Nowlan Park. Years later, their sparkling debut came 47th in a poll of the greatest Irish albums of all time as voted for by the musicians of Ireland.

Perhaps most impressive of all, the band’s single Step on High was Number 67 and one of only two Irish acts (the other being The Undertones’ Teenage Kicks) in the late great John Peel most loved records. "I loved that record to the point of madness." Peel said of the Revelino track.

"Being in a band is a psychodrama," Tallon says matter of factly. "And it takes it to a new level when you have your brother in the band. We shared a house, we were a tight group, we were very good friends, we still are great friends,"

"We were living in each other’s pockets and in those days it took five or six hours to get to Cork so there was a lot of sitting in the back of vans together but my predominant memory is just laughing all the time because it was a very funny group of people."

The band went on to release two more albums and a quarter of a century on from that debut, Tallon and Rafferty, who is also a visual artist, are still playing music with Beat Club and Tallon is also preparing to release his solo album, Berry is the gig booker at Vicar Street, Ciaran Tallon runs a lighting company, and Monty runs a studio in Carlow and also plays with Dublin act Fans of Adventure.

Now that their debut album has finally gotten a well-deserved vinyl release, the ultimate format for guitar pop as classic as this, Revelino are feeling the love again.

Thanks again to @DublinVinyl for getting all the album preorders into all your hands this morning!

This fella 'Elvis' was especially pleased to get his in the post - he said he was a singer too, must check him out!#revelinomusic pic.twitter.com/LOy26UPvSo

"Definitely," says Tallon. "It’s funny because over the years I haven’t listened to our albums a whole lot, not that I was avoiding them, but I think musicians tend to make the album and move on but going back to it now there was always the hoopla over the first album but we went on make two more albums and as a band I think you always like the last thing you’ve done.

"But when I listened to all three albums recently, I can see there was something about that first album that was special, and I can understand why people loved it and it got the attention that it did.

"We’re getting love from Australia and places we’ve never even heard of. There’s interest from all over the place. I’ve really enjoyed going back to the songs and I’ve realised what we accomplished with those three albums."