Tom Vaughan-Lawlor has told RTÉ Entertainment that no matter what he is filming on location in Ireland, people still think he's working on Love/Hate.

Despite Vaughan-Lawlor's last scenes as gang boss Nidge airing on RTÉ One six years ago, the interest in the crime-drama remains as big as ever, with Nidge even following the Dublin actor on to his new film, the relationship drama Rialto.

"I was in a scene in Rialto - it's not in the film - where I'm driving around, kind of crying," he recounted.

"It didn't end up in the final cut, but I was in the car, driving around, kind of weeping and I heard someone go, 'Oh look, it's Nidge! He's crying! Why is he crying?! Why is Nidge crying?!' It was so funny. In the midst of the tears I nearly started laughing."

"One of the actors in Love/Hate - I can't remember who it was - was doing some period piece, as in the 1800s, and someone said, 'Is this Love/Hate?'" Vaughan-Lawlor laughed.

"The appetite for that show was so huge, and is still so huge, that everywhere [people ask about it]," he added.

"I was in America last year doing some press for something and often a question would be, 'When's Love/Hate coming back? Is there a sixth series?' That is an amazing legacy and I'm lucky to have that from people. It's sweet." 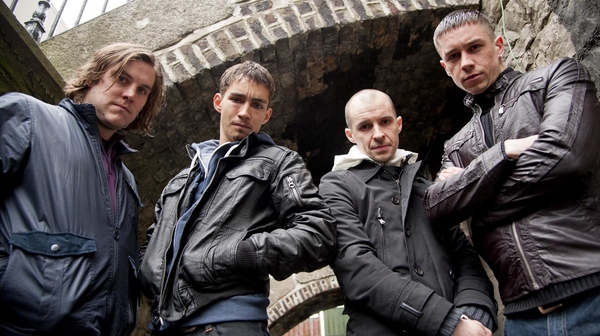 Love/Hate: how the gang are doing a decade later