A classic episode of 1970s sitcom Fawlty Towers is to be reinstated on streaming service UKTV after it was removed because it contains "racial slurs".

UKTV confirmed in a statement that the famous "don't mention the war" episode will return to the platform "in the coming days".

The episode will be accompanied by a warning that will highlight "potentially offensive content and language".

UKTV, which is owned by BBC Studios, previously said it had temporarily made the episode called The Germans unavailable while it carried out a review.

The decision was criticised by John Cleese, who played misanthropic hotel owner Basil Fawlty in the series.

Speaking to The Age newspaper Cleese said: "The Major was an old fossil leftover from decades before. We were not supporting his views, we were making fun of them. If they can't see that, if people are too stupid to see that, what can one say?"

Cleese added: "Fawlty Towers has given a large number of people a great deal of happiness, why would you want to stop that."

The episode first aired in 1975 and sees Basil Fawlty goose-stepping around while shouting "don't mention the war" in front of a group of visiting Germans.

UKTV's statement said: "We already offer guidance to viewers across some of our classic comedy titles, but we recognise that more contextual information can be required on our archive comedy, so we will be adding extra guidance and warnings to the front of programmes to highlight potentially offensive content and language.

"We will reinstate Fawlty Towers once that extra guidance has been added, which we expect will be in the coming days.

"We will continue to look at what content is on offer as we always have done."

As the Black Lives Matter movement has returned to prominence following the death of George Floyd, broadcasters and streaming services have reevaluated their content.

HBO Max temporarily removed 1939 civil war epic Gone With The Wind because of its "racial depictions".

Little Britain has been removed from the BBC iPlayer because "times have changed" since the comedy first aired, according to the BBC.

The series, starring David Walliams and Matt Lucas, has come under fire recently because of the use of blackface in some sketches. 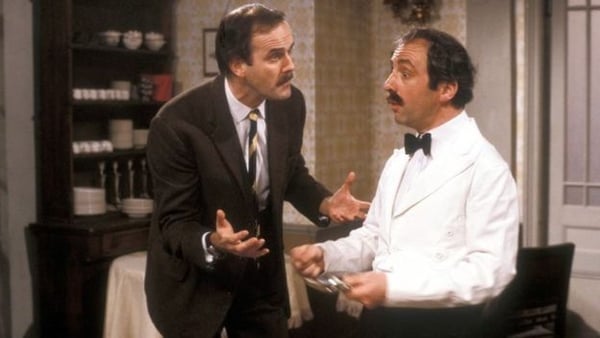