Normal People Director Lenny Abrahamson was sent a gift of an artist's interpretation of what it would have been like in the Liveline studio during the recent on-air debate about the controversial TV drama.

The Oscar nominated Irish director took to social media to show the drawing, saying, "What a great gift."

Look what just arrived. Thank you so much ?@stevefanagan? What a great gift. ?@rteliveline? pic.twitter.com/aJJoeWIrR4

The picture by self-taught artist Daire Lynch shows an exasperated Liveline host Joe Duffy as he takes calls about the first episodes of the 12-part series, which some viewers claimed featured questionable morals.

Most callers said how much they enjoyed the new drama, but a few felt that there was too much sex and that they felt that the characters were too young to be having physical relations.

Duffy himself has also reacted to the sketch with a laughter emoji.

Normal People is an adaptation of Sally Rooney's acclaimed novel and was made by Element Pictures. It stars 24-year-old Kildare newcomer Paul Mescal in his first television role as Connell, and British actress Daisy Edgar-Jones (War of the Worlds, Cold Feet) in the role of Marianne.

The series follows the star-crossed young lovers as they navigate adulthood in contemporary Ireland, and their complicated relationship from the end of their school days in Sligo to their undergraduate years at Trinity College. It also stars Sarah Greene (Dublin Murders, Rosie) and Aislín McGuckin (Outlander).

The drama has been so successful that its fan base is now global, with well-known actors and influencers recommending to their followers to stream the show on the Hulu platform.

Earlier this week, US fans of Normal People, who relayed their frustrations with laconic lead character Connell after his email address appeared on screen in an episode of the hit Irish drama, were left stunned after receiving a reply.

Normal People airs on Tuesday nights on RTÉ One and is also available on the RTÉ Player. 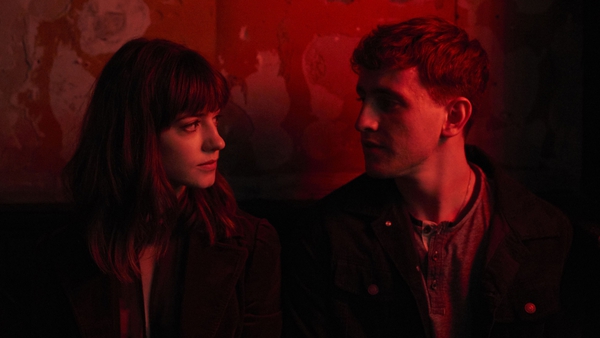