The veteran broadcaster passed away on Monday, November 4, after a long illness.

Join us after the news for a very special #LateLate pic.twitter.com/OCl4NuThBe

Tubridy saluted his "great friend" and "magnificent mentor" on his RTÉ Radio 1 programme on Tuesday morning ahead of tonight's show. He described the Late Late tribute programme as "a happy wake".

Speaking to The Today Show's Brenda Donohue ahead of the show, Tubridy said: "Gay was a once off, so tonight is a once off.

The 90-minute live special on RTÉ One at 9:35pm will feature contributions from Gay Byrne's friends and colleagues across the world of entertainment and beyond, including Bob Geldof, Andrea Corr, Pat Kenny, John Sheahan and Mary McAleese.

There will be a special live edition of The Late Late Show in tribute to Gay Byrne tomorrow, Tuesday night at 9.35pm on @RTEOne pic.twitter.com/YX4VcM0K6h

The Late Late host used the story of Roald Dahl's Charlie and the Chocolate Factory to explain how Gay Byrne had inspired him.

"I just love the story about the little boy who saw this extraordinary man and thought, 'If I can get into that factory, I'd love to meet that man and learn all his tricks and maybe even run the factory someday [laughs]," Tubridy told his RTÉ Radio 1 listeners.

"And that's what it felt like sometimes: 'Could I get through those gates and work in, what I felt was, this magnificent factory that makes sweets and chocolate and all the best things in life for people?' And that's in many ways the story.

"I watched Gay, and I was in awe, as many people were, and thought, 'God, someday I'd love to meet him'. I watched him doing the Toy Show and thought, 'Is that a job? All he's doing is...' But of course he was doing nothing of the sort; he was making a very difficult job look easy. As he did every day, and every Friday night or Saturday night depending."

The Late Late Show Tribute to Gay Byrne, Tuesday, RTÉ One, 9:35pm and on the RTÉ Player

The full line-up for tonight's show is: 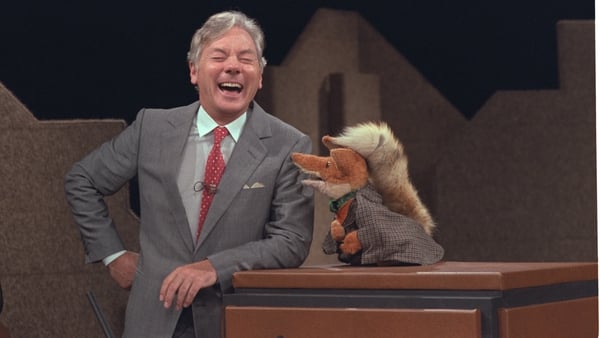