Lady Gaga took a tumble from the stage during one of her gigs in Las Vegas on Thursday night.

The singer, who is currently on a residency in the US city, fell while dancing with a fan.

Gaga had invited a fan to dance with her on stage, and proceeded to wrap her legs around his waist, but the fan accidentally lost his footing at the edge of the stage and the pair took a fall.

The man landed on top of the pop star who jumped up and continued on with her show after the incident.

Lady Gaga fell off the stage and then proceeded to kill the Bad Romance choreography like nothing ever happened. The level of professionalism... far too much! pic.twitter.com/X6EFxhlGIL

Gaga has since posted a picture in an ice bath after the show, it is not clear, if it is part of her routine after a concert, or because of an injury sustained falling off the stage.

Last January, when Bradley Cooper was in Las Vegas, he joined Lady Gaga on stage during her residency for an impromptu performance of their hit song Shallow from A Star Is Born.

Cooper was in the audience at Gaga's concert when she told the crowd: "So a really good friend of mine … I don't know if you know him but his name is Bradley. He made that movie, umm, A Star Is Born.

"So I'm going to be a little chancey … Yo Bradley, you wanna come up and do this one?"

The actor looked genuinely shocked by Gaga's request and then made his way to the stage amid applause and cheering from her fans. 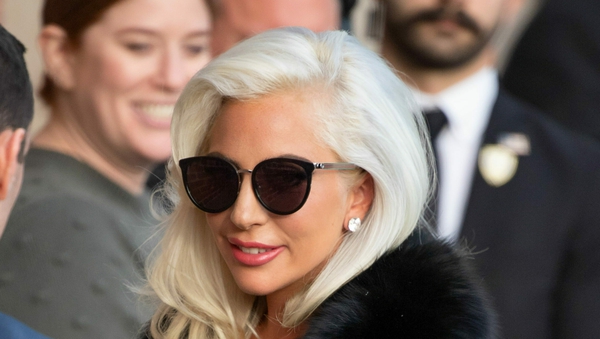 Lady Gaga laughs off rumours that she is pregnant