Film director Martin Scorsese claims that film streaming is "revolutionary" and has said "its an even bigger revolution than sound brought to cinema, it's the revolution of cinema itself."

Speaking at the London Film Festival, the Goodfellas director said: "The new technology is bringing things that are unimaginable and not only is it something extraordinarily good for narrative films, narrative stories told emphasising motion picture images, but it opens up the original conception of what a film is and how it is to be seen has now changed so radically."

This stands in contrast to Steven Spielberg who opposes the treatment of streamed films in the the same way as theatrical releases and refers to them as "TV movies".

The Wolf Of Wall Street director did caveat his views by saying: "One thing that should always be protected as much as possible and I think will always be there, is a communal experience and I think that is best in a theatre."

"Homes are becoming theatres too but it's a major change and I think one has to keep an open mind. There is no doubt seeing a film with an audience is really important." He added.

The Gangs of New York director defended the film production costs saying: "the actors had to be digitally de-aged so the story could span multiple decades."

Scorsese said: "If we made the film earlier they could have played younger but at a certain point we missed that and then they said 'Use younger actors' and I said 'What's the point of that?'

Produced by Netflix, The Irishman lands on the streaming service on November 27, 2019 - before that, the film plays for one night only in selected Irish cinemas tonight (13th Oct), with a limited big-screen release to follow. 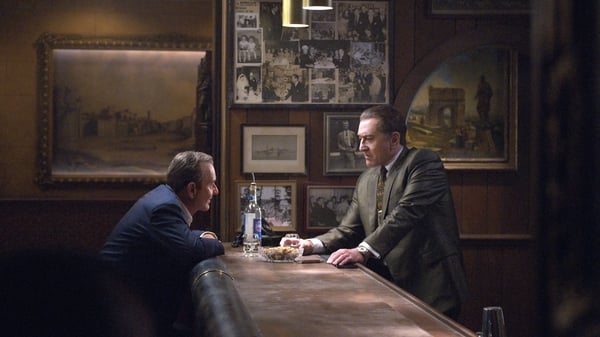 The Irishman trailer serves Robert De Niro at his most chilling