Dwayne Johnson has said his Jumanji co-star Kevin Hart knows he is "lucky" to be alive after sustaining back injuries in a car crash in California last week.

Hart was a passenger in a car which left the highway and tumbled down an embankment in the hills above Malibu on Sunday, September 1. The driver of the car was also hospitalised and a second passenger sustained minor injuries.

Deadline reports that Hart was scheduled to be the first guest on the opening episode of The Kelly Clarkson Show on US television on Monday. Johnson stepped in for Hart while he continues his recovery following surgery.

"Everything is good, I spoke with Kevin, I actually refer to him as my son," Johnson joked. "I connected with him today."

"Honestly, I mean, thank God, it could've been a lot worse," Johnson told the host. "So, he's a lucky man, and he knows it too. I wish him the best and a speedy recovery and I'm gonna see him soon."

Johnson left his honeymoon early to appear on the talk show.

"And you know what? These things happen in life and thankfully he was strapped in nicely to his car seat," he smiled. "That's real love."

Johnson and Hart will be back in cinemas when Jumanji: The Next Level opens on Friday, December 13. 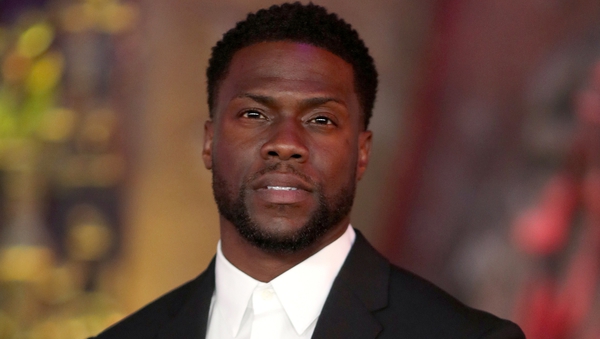