EastEnders has worked with Drinkaware in the UK as the BBC show tells the story of soap character Linda Carter's "descent into alcoholism".

The Press Association reports that after a traumatic year, Linda (played by Kellie Bright) will be seen turning to drink, with the makers of the show saying that the Carters will face "one of their biggest crises to date".

"Linda's descent into alcoholism will be instantly recognisable to many - a journey that begins with a single drink to cope with the everyday ups and downs but quickly escalates to a point which wreaks devastation on their life and the lives of those around them," said EastEnders' executive producer Jon Sen.

"In telling Linda's story we hope that anyone in Linda's situation or those around them notice the signs of alcoholism and seek the help needed."

Drinkaware UK's chief executive Elaine Hindal paid tribute to EastEnders' writing team for "sensitively showing the journey of how easy it can be for someone to develop risky drinking habits".

"Linda's experiences with alcohol demonstrate why it's important to be able to recognise signs that you, or someone you care about, could be developing drinking habits that could cause harm to themselves or others," she continued.

"The fact is the overwhelming majority of people don't have a serious problem with alcohol.

"But it might surprise you to know that you don't always have to be drinking to extreme levels to become dependent on alcohol. What's more, regularly drinking above recommended levels can lead to a range of health conditions."

Catch up on EastEnders on the RTÉ Player 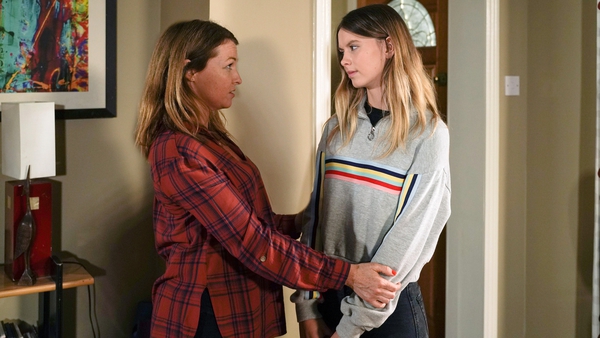